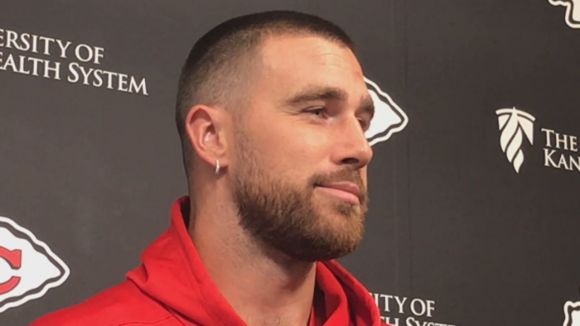 The Indianapolis Colts absolutely stifled one of the best offenses on the planet Sunday night in Kansas City.

This version of the Chiefs clearly isn't accustomed to this sort of treatment, especially with that talented Muppet, glory boy du jour Patrick Mahomes performing his sorcery under center.

One of the more frustrated players on this night was TE Travis Kelce, who was thoroughly bottled up by the Colts.

Of course, this hyper-sensitive dude is volatile on a good night, so a reaction was inevitable.

Sure enough, his impulse control completely failed him late in the first quarter:

Travis Kelce Shoves his OC while taking an L to the Colts pic.twitter.com/tJGCxUL4sf

But as you can see, Kelce later hugged it out with OC Eric Bieniemy, because that's what real bros do.

Apparently, everyday interactions with Travis are a real high wire act, as dude seems to be all over the map, emotionally.

In this instance, the source of his ire was Bieniemy suggesting that maybe Kelce try to hold onto the ball, something he wasn't really doing in the first quarter:

Here's a look at the Travis Kelce maybe fumble. He definitely catches it, tucks it away and gets two feet down. Didn't make a football move and the refs say it's a drop. #Chiefs pic.twitter.com/UAQW415cPQ

Here's the lateral champ kinda apologizing, but not really:

Maybe after the next confrontation.