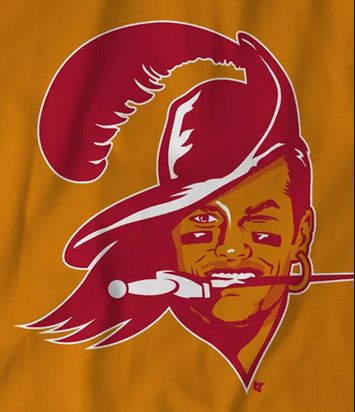 In his later years, MLB legend Mickey Mantle looked back on his life and repeated Eubie Blake's famous observation:

If I knew I was gonna live this long, I woulda taken better care of myself.

Mantle's career preceded the era of big bucks in sports, where athletes realized rather quickly that taking better care of themselves could add a hella lotta more to their earnings.

Tom Brady definitely thinks so. Maybe that's why he jumps off cliffs.

The New England Patriots, though, were not of the same mind.

So, Brady is now not a Pat.

That other Bruce -- the one with two Coach of the Year awards -- might've just joined the mix as a favorite for another one with this news. Among other things ...

The question's gonna be, can Brady's 42-year-old arm sling the long ball that Arians likes to call?

Gotta think Arians will be counting on the tight ends to step up as part of a master plan to make Brady look like the ultra-QB everyone remembers.

After all, OG's Bruce bloody Arians!

Brady's banked $237million in career earnings, so dude's not hurting. Still, he commanded top dollar from the Bucs -- $50million guaranteed over two years -- in what might be interpreted as a show of respect for being the field general who led the Pat to 16 of the last 17 AFC East titles.

Kinda seems like the term show of respect is a 1%er's version of lucky penny, which gives an excuse for the great unwashed to bend down and pick one up without shame.

Brady's decision also marks the start of what should be a busy chucker carousel in free agency. Jameis Winston, for one, is definitely gonna be on the lookout for a new team.

Some have already signaled their intentions:

Meanwhile, watch free agents at other positions start listening to Tampa Bay pitches. Some will no doubt call.

Excitement abounds, just like it did in Cleveland a season ago.

It's 'way early yet, and as the Miguel de Cervantes saying accurately goes, the proof of the pudding is in the tasting.

At least Bucco Bruce & Co will know they'll be sipping it with the NFL's version of a silver spoon.