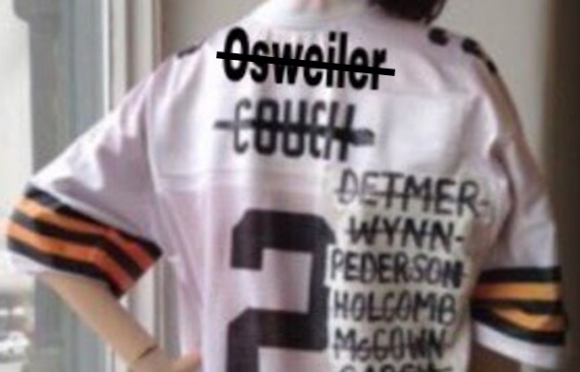 We live in an era of great quarterbacks.

Brady, Rodgers, Newton, Brees ... and the list goes on.

While it’s impossible to win a championship without the other 52 dudes, you need strong QB play in order to be a competitive team.

The Houston Texans found this out the hard way, as they've employed a carousel of chuckers the past few seasons, none of which would've earned the Good Housekeeping seal of approval.

And -- shades of JaMarcus Russell! -- were they ever wrong.

The Brock Lobster was pretty damn bad as a Texan, being benched multiple times throughout the season. Stat-wise, Osweiler completed a mere 59% of his passes, throwing 16 interceptions to 15 touchdowns.

To the ex-Gonzaga hoops recruit’s credit, he didn’t blow the team’s home playoff game against an Oakland Raiders squad forced to start their backup. And yet, in a very winnable Divison round game against the Patriots, Osweiler let the Pats off the hook, throwing three costly picks.

Maybe there's a reason Texans fans were happy when he get benched the first time.

Only one year into this deal, it seemed like the Texans were going to be stuck with Osweiler and his insane contract for the foreseeable future.

Luckily for Houston, there really is a sucker born every minute.

Only the Browns would be so desperate as to be willing to eat that $16 million salary in return for a fourth-round pick this spring.

Houston, ever so benevolently tossed their own second- and sixth-round picks into the deal.

This loos like many a Sam Hinkie-era 76ers deal. That is to say, we take your player on a bad deal and in return you give us some high draft picks.

Also, like many an NBA trade, it seems like the acquired player -- in this instance, Osweiler -- will never suit up for his new team.

Reportedly, the Browns will look to move Osweilier, either via another trade or, if there are no good offers, by cutting him.

With only Tom Savage and Brandon Weeden left on the roster, the Texans are probably looking to get a QB who's been there and done that.

Hell, even Jay Cutler brings more to the table than Savage or Weeden.

And that's not counting the cigarettes.