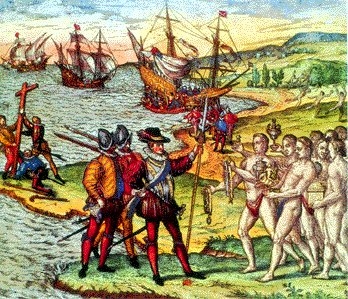 It has to be asked.

Of all the Native American tribes that populate the United States, only one is aggressively pursuing Washington Redskins' owner Dan Snyder to change his team's mascot.

The Oneida Nation -- population 45,000 -- has not only continued to raise awareness of the issue, it's raised awareness of itself.

This is surely their right. The Oneida are an enterprising group, recently cornering the casino market in central New York in a unique agreement with that state. Understandably, settling longstanding land issues was a high priority on their agenda. Connecting this to the everyday lives of its people doesn't take an intellectual leap.

On the surface of it, many would argue the same could be said of their campaign to can the Redskins moniker.

Isn't a bigger point being missed here? One that might consign the mascot controversy to a perpetual sideshow?

Take a closer look at the headline and logo on the Oneida's Change the Mascot web page: Are these dudes really calling themselves Indians?

Don't the Oneida see any irony in that? Real Indians live in India. That designation only stuck because one of history's goofiest explorers, Christopher Columbus, actually thought he'd arrived in the land his voyage was seeking: India. And he thought that until the day he died of syphilis.

Ultimately, Amerigo Vespucci and others began to realize what Vikings discovered 500 years earlier. This was a new land. Vikings called the locals skrælings, for reasons lost to history. That name never caught on in Europe, mainly because Vikings were pagans and Christian Europe didn't want to believe their legends.

Isn't it incredibly demeaning to have one's ethnicity defined by another culture's geographical mistake?

And yet, the Oneida -- like most Native Americans -- don't seem to mind. Look again at the headline and logo above.

So that's the real question: Why are these people not insulted by this term?

Could it be that Indians has been used for so long that it's actually lost its original meaning? Does the general public in the United States think of India anymore when the term is cited to describe the Oneida and other Native Americans? Is any negative connotation perceived by anyone?

Obviously not. Because the Oneida and other Native Americans are comfortable not only when using the term themselves but when anyone else uses it, too.

Now, isn't it possible that the term Redskins is evolving -- if it hasn't already evolved -- in the same manner? Yes, there are oblivious trappings around the team, like the ironic sight of a bespectacled black dude dancing around on the sidelines in a costume that, incidentally, the plains natives might have worn but had no relationship at all to the Oneida culture. However, Chief Zee is thankfully fading away as the Redskins' evolution progresses.

Possibly bemused, no less than the London-based Economist has sardonically taken note of this transformation:

So, while the Oneida -- and any other Native American faction -- may feel justified in their war over this word, perhaps they should first take a closer look at the bigger picture of a term's perception and gradual social acceptance. The etymological erosion caused by history's steady tide is amazingly capable of sanitizing and/or redirecting imagery. It's so effective that, as we see, even the people being depicted by such words ultimately use them when referring to themselves, and they do it without batting an eyelash.

Thus, if their aggressively publicizing this issue is truly due to pure intentions, perhaps the Oneida should first reconcile why they're so nonchalant about being defined by a poor choice of terms that's a few hundred years older than the poor choice they're spending so much time and energy to decry.