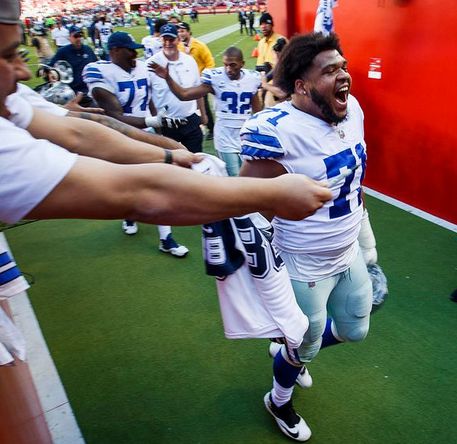 Word was a cabal of NFL team owners were hoping their players would put the big nix on their proposed Collective Bargaining Agreement offer.

Somehow, OGs thought they gave too much away and eliminated the possibility of demanding an 18-game schedule instead.

Maybe they're the ones who got outvoted. The Shield only needed a 75% approval threshold.

Then again, maybe they were just gaslighting the NFLPA's voting process, hinting they'd be taking a few concessions off the table.

It's all academic now. The game's big names were none too excited about the CBA terms for lotsa well-founded reasons, but there were more hod-carriers than there were of them, and they wanted to get paid.

The vote was close:

Even more important is the fact that minimum salaries will increase by 20%, which is important to the majority. Approximately 60% of NFL players are on minimum deals.

Now, the task is for teams to adjust to what the players just accepted.

Since the NFL decreed that Covid-19 won't impact their free agency wheeling and dealing, we'll soon get a glimpse of what they've got in mind.

Odds are a mega-dosh game of contractual musical chairs is about to begin.