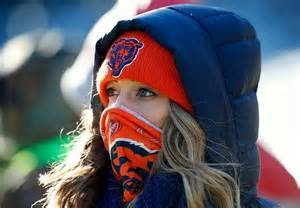 The hockey and basketball seasons are drawing to a close. Baseball is in the midst of its annual spring training ritual.

And the ever-so-popular March Madness officially known as the NCAA Division I Basketball Tournament is a mere week away.

With the coming of spring, so too comes another popular sporting event:

Much like Robert Bolt's play, the NFL has become a sport for all seasons.

If only Roger Goodell could have borrowed a few lines from it ...

With games being played from the dog days of summer, through the entirety of fall, to the middle of winter, football lays claim to much of the calendar.

While the next season’s worth of games are still months away, there's still an entire off-season’s worth of moves to keep the football-focused part of your brain busy. It starts with free agency as the centerpiece.

So, too, begins the same news cycle of free agent signings:

Case in point: former Buc and now likely starting Bears slinger Mike Glennon. While the deal is not yet official, the report is Chicago will be paying Glennon $45million over the next three years.

Damn. No wonder the Windy City's a Blackhawks town that time of year.

Incredibly, dudes inked the same Mike Glennon who's played whopping 21 games over the past 3 seasons with a career completion rate of 59.4%, and they'll be paying him, on average, $14.5million a year.

It’s not to say Glennon's a bad QB.

In fact, he was pretty good his rookie year with the Bucs, throwing for 19 TD’s in his 13 starts.

However, that was four years ago. The past three seasons have seen Glennon play in all of eight games with Bruce's Boys, due almost entirely to the their taking Jameis Winston at No 1 overall in the 2015 draft.

In the time since being relegated to Winston’s caddy, Glennon has thrown 11 whole passes, the longest of which went for 13 yards.

One has to wonder what in the name of Bobby Douglass the Bears are thinking in throwing mega-dosh Glennon’s way. Didn’t they pay attention to what happened to the Texans when they went all in on Brock Osweiler?

It's clear the Browns weren't either. Having said that, any QB shipped to Cleveland is an upgrade.

With the recent news of the team cutting Jay Cutler, it seems clear Glennon's their chucker in 2017.

Will the gamble pay off for the Bears?

But if any good can come from this, it’s that Glennon won’t have to worry about his bill payments being late in the foreseeable future.