DC and LA Agree There's No Place Like Home 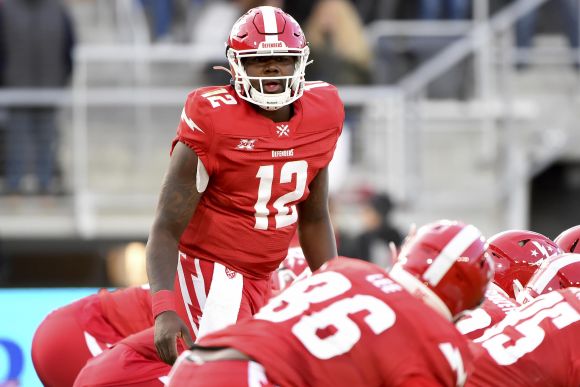 After Week 2, it appeared the XFL's top name was indeed living up to his top billing.

Then Cardale Jones and his fellow DC Defenders hit the road.

Unfortunately, the road hit back. Hard.

Dudes did the sporting version of laying an egg -- as in a goose eggs -- two weeks in a row, in Los Angeles and Tampa Bay, respectively.

So the Defenders did what seems to be a trend in the XFL: ditch the top-name QB.

DC gave Jones two series to confirm the team wasn't going anywhere with him at the controls and quickly gave him a seat. Seems like Coach Pep Hamilton liked the way no-name backup Tyree Jackson handed the ball off better, as he called 41 rushing plays.

It worked. Tough as it is to do in the XFL with its new rules, the Defenders chopped clock on its way to a 15-6 victory over the St Louis BattleHawks.

Where Jones tossed a dead-quail pick, Jackson flipped a 9-yard TD score on his first of only 13 passes, and the home team was on its way.

Their D lived up to the team's name, too, which no doubt pleased Marvel's namesakes. Dudes helped St Louis revert to its sluggish ways, anticipating a run-happy attack and stifling it:

Musta been beer-snake inspiration that put 'em over the top.

Looks like dudes are projecting to go 5-5 on the season.

Meanwhile, in Carson, where the Los Angeles Wildcats are coming close to drawing the number of local fans who'd cheer for the home team in Chargers games, dudes played most of the first half as if they were the road team.

However, before an impressive Tampa Bay rushing attack could lead the Vipers to the XFL's first-ever cross-country traveller's victory, 'Cat slinger Josh Johnson took over.

Dude's been knocking around the NFL for 12 years, and he hadn't had a multiple TD-toss game since 2009. Now he has for two weeks in a row. In this one, Johnson went 20-36 for 288 yards and four paydirt passes.

Los Angeles needed every one of them, too, as Tampa Bay backup Taylor Cornelius was on his game. The former Oklahoma State Cowboy went 22-34 for 300 yards and a pair of TDs.

The difference, though, may have been the pair of picks he allowed.

After the Wildcats had roared back, the Vipers coiled again to make it interesting, but at the end of the night, Los Angeles had won and covered:

This was an entertaining game at an opportune time for the XFL. A high-scoring clash in prime time never hurts, and the home fans went home happy.