The Daily Player 12: There's a Disturbance in the Force

Published on 4-Dec-2016 by Alan Adamsson 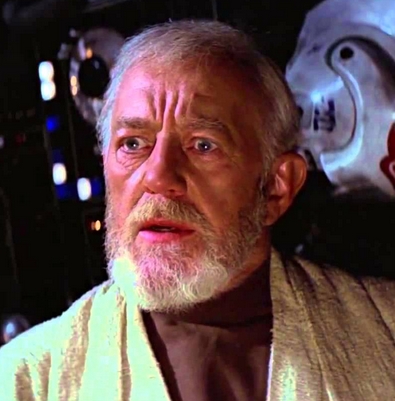 A troubling poll of another sort was released earlier this week.

Incredibly, democracies are waning in the public eye and support for more authoritarian government is on the rise.

Sounds like an alarming case of being careful what you wish for.

Why anyone would prefer being told to accept arbitrary decisions from a leadership that's aloof from public involvement is beyond puzzling.

After all, who wouldn't want to let those who are involved sort the issue out for themselves?

Still, on Saturday, sorting was well and truly done.

The Nittany Lions showed the mettle of champions:

Washington did its bit the day before.

And somehow, Ohio State made it through the weekend.

The big-brand Buckeyes finished with no division title and no need to play a conference championship game.

In short, they've got a simple message for anyone who didn't think Selection Committee criteria could be bent to fit a perception:

All of which led to the Buckeyes blasting holes in the need for conference play.

See ya in the brackets, dudes:

At least, that's what Pollyanna said.

The Lions' other loss was to their in-state rival, who also happened to upset Clemson.

How about Washington's light non-con schedule this season?

Perhaps if only championships earned on the field put teams in the playoffs, none of that stuff would matter.

Because then, there'd be no need for any batch of elites telling the great unwashed what's good for it.

And the litany of ironies this has produced is what gave birth to The Daily Player 12 two years ago.

At least the Committee snapped out of being full of itself the first two seasons, matching The Daily Player 12 team-for-team in the brackets.

This was a clear indication that college football didn't need no weekly high-end resort getaways to do anything more than look at the conference standings and blackball one of the five titlists.

Every once in a while, though, there seemed to be an epiphany that the Committee had better justify its expense account.

And the slippery slope of obfuscation was rolled out.

Well, that doesn't happen with this list, based on a beer-&-nachos formula for what the Committee originally said was important:

As it should be.

There's a way to keep things both fair and understandable: expand the bracket to eight teams and guarantee berths for champions.

It'll happen, and there'll still be a place for the elites to select three wild card teams.

So they'll still have three chances per season to mangle their mandate and screw things up.