Published on 9-Nov-2017 by Alan Adamsson 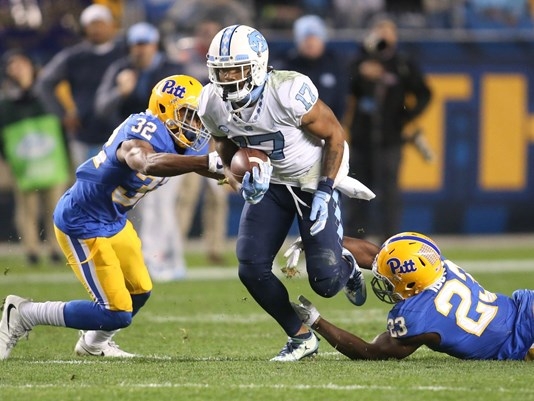 Finally, North Carolina ran into the cure that solves what ails them.

Too bad for them it didn't happen earlier. The Tar Heels have been undefeated against Pitt ever since the Panthers linked up with the ACC in 2013.

After suffering through a six-game losing streak coming into this game, the 'Heels got their cure, but it went down like cod liver oil.

Still, it was worth it.

That was due to WR Anthony Ratliff-Williams doing the triple-threat thing in his own way:

All on his own, Ratliff-Williams accounted for:

Dude covered damn near everything.