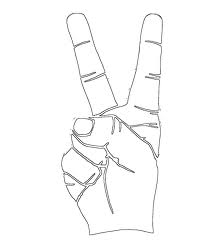 Two are here, and the other is over in the Baseball Daily Stake section.

My other two are from the NBA Playoffs in the Denver vs Golden State game.

Apparently, I'm going against the grain here because the the line has moved all over the place at sportsbooks today, going from Golden State being a slight favorite to the Warriors now being a small underdog. For example, Bovada had the Warriors at -1.5 this morning, and by the afternoon, it had swung to Denver -1.  But I like Golden State as the favorite, and despite all the action on the Nuggies, I still like the Warriors.

Golden State pretty much dominated Tuesday's game in Denver, winning 131-117, and I would argue it was actually in Game 1 when they started to get into rhythm. They outscored the Nuggets by five in the fourth quarter Saturday and nearly sent the game into overtime, although Denver had numerous chances earlier in the game to put those pesky Warriors away.

Without F/C David Lee, Golden State went small Tuesday with three guards and two forwards. It brought back memories of Don Nelson's Warrior teams of the recent past that often put up similar scores to Tuesday's. That strategy worked in Game 2, and now that the Wariors are at home, I think it will work again. Especially against a Nugget road team that, as good as they were at home this season, is a very pedestrian 19-22 away from Pepsi Center. So Denver losing three regular-season tilts at home and then Golden St. winning there convincingly on Tuesday showed me a lot.

I like the Warriors, and if they are getting points, that's even better.

My other play here is the game going over the total (211 at Bovada). You read my comment above about the Warriors' smaller lineup without Lee. Golden State's three guards on Tuesday (Curry, Klay Thompson and Jarrett Jack) combined for 66 points, and that was with Curry having an off night (for him) scoring 19. But their small-ball style led to 131, and without Lee, they will be looking to out-run Denver again.

Curry was a great three-point shooter during the regular season, hovering right under 50%, and should find the friendly confines of the Oracle again to his liking. Look for Golden State to continue to get out and go with their smaller lineup and keep the scorekeeper busy.

My picks: Golden State Warriors +1 and total points: over 211 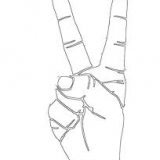 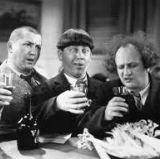