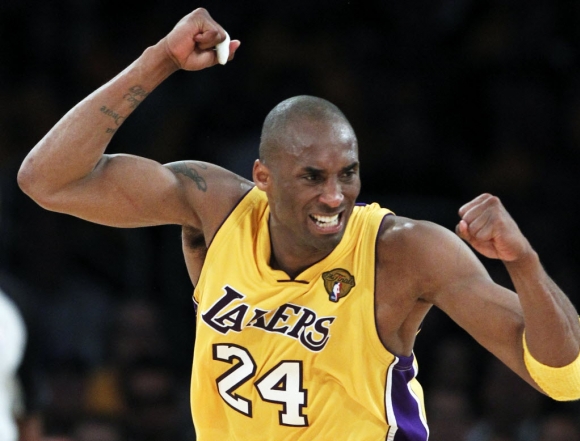 None of the other major sports can do WWE quite like the NBA.

And no city can justify why one of its more renowned areas is called Tinseltown quite like Los Angeles.

In short, the Lakers were the only logical choice for Kobe Bryant to land.

So, frankly, when it came time for the show to close, what else could be expected but a display of glitz that soaked fans a minimum of $1000 to witness:

This was actually the perfect scenario for his swan song:

Sure, dude won five rings with the Lakers, but who knows how many more the franchise woulda claimed if he didn't hissy fit Shaquille O'Neal outa town?

Quite the team leader.

Sorry, but there's always been more to the game than what he gave it. And all Bryant meant to the team this past season was a spin-reason to be relevant.

After the janitors sweep away the confetti and assorted glitz scattered about the court, all that's left will be the true substance of Kobe's legacy.

The playoffs begin this weekend, and the Clippers will be the only reason lights are on at Staples Center.