DeMar DeRozan Wants LeBron on His Team So They Can Win 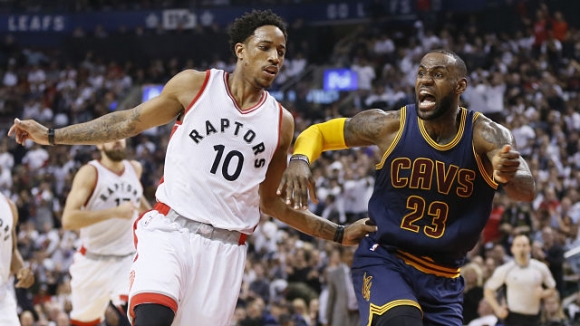 The Cleveland Cavaliers absolutely humbled the Toronto Raptors in the Eastern Conference semi-finals.

This four-game sweep must have been rather overwhelming for a team that's good, but clearly not good enough.

However, it appears there's one personnel move that would allow the Raptors to catch and pass the Cavaliers.

All they need is LeBron James to conveniently switch sides.

Well, this may not be the consensus of the entire Raptors team, but DeMar DeRozan seems to think so. Of course, there are a buncha teams that would improve significantly if LeBron were wearing their colors.

If you remove the best player from most teams and place them with their opponent, the dynamics of the series might just change some.

The Raptors said all the right things and spouted all of the appropriate clichés after this series mercifully ended.

They simply aren't good enough to compete with the Cavaliers, particularly when Bron Bron is nailing threes at a 48% clip.

That was the King doing his thing in the Game 4 clincher.

Even without a beer, he was still brutally efficient.