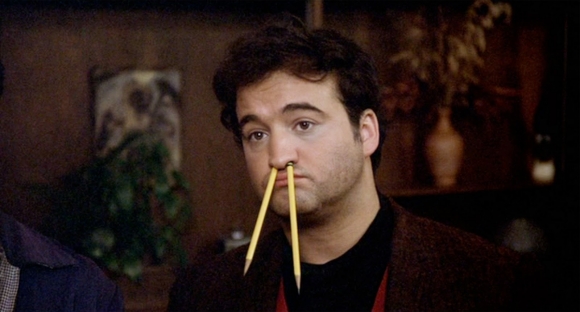 The Chicago Bulls have been a portrait of mediocrity this NBA season, currently clinging to the final playoff spot in the Eastern Conference with only 13 games left to play.

Hoiberg referenced the 1978 classic Animal House, playing the famous clip of John Belushi and his crazed rant about the Germans bombing Pearl Harbor.

Historical inaccuracies aside, no doubt the Bulls appreciated this attempt at levity. The normally reserved Hoiberg also threw in some salty language as well, imploring his team to “Nut the f*** up”, a declaration that surely amused and perhaps even frightened the players, considering the source.

But he has a point.

It's not an understatement to say things have not exactly gone smoothly for Hoiberg in his inaugural season.

And that's for starters.

All-star Jimmy Butler has even called out Hoiberg for his perceived lack of emotion, both on the sideline and in the locker room. Apparently, the coach is laid back to a fault, in stark contrast to former coach Tom Thibodeau, who was quite the taskmaster.

Whatever the case, Hoiberg and the Bulls are likely doomed this season. Even if they do sneak into the playoffs, a quick exit is likely, either at the hands of Cleveland or Toronto.

No amount of humor will change this unfortunate reality.