Bucks Play the Extortion Card for Their New Arena Push 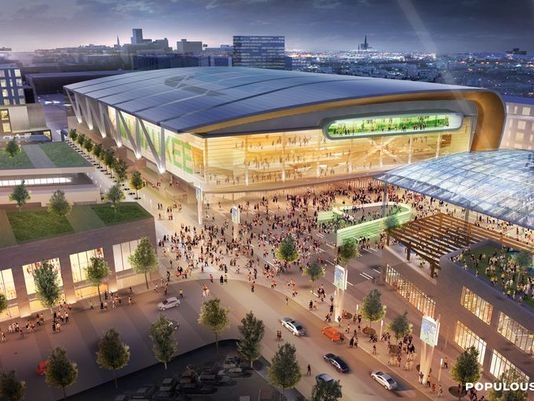 Those are the footnotes that pop up every now and then, make a salient point, and fade back to gray.

The NBA's outpost in the great state of Wisconsin has chipped in its share.

The Milwaukee Bucks' high-water mark was its 66-16 record in 1970-1971 when then-Lew Alcindor teamed with Oscar Robertson to secure the only championship in their history.

At least the Big Dude got 'em some hardware and a ring for the Big O before he chose to get outta town.

And who knew the Bucks would be at the center of the NBA's first $100million player contract? Not that they wanted to be, as articulated by then-owner and senator Herb Kohl's famous remark:

Now, the Bucks have backed into the headlines again, notable in that they might have an impact on two sports. They want to build a $500million palace and, as usual in the biz, have everyone else pay for most of it:

Wisconsin lawmakers have finagled ways to soften the hard fact of taxpayers footing the bill, and it seems that angle was making a favorable decision too close to cal.

But seems is a relative term, so the club dropped the hammer:

Right now, the state senate's vote is too close to call, all of which means that Seattle and Las Vegas are circling like vultures. And not just for hoops. Puck implications abound, as well.

The hell of it is that more and more people have hit the tipping point, from sports jacking up their cable bills to increasingly questioning the use of public resources for private profiteering.

And the game goes on: