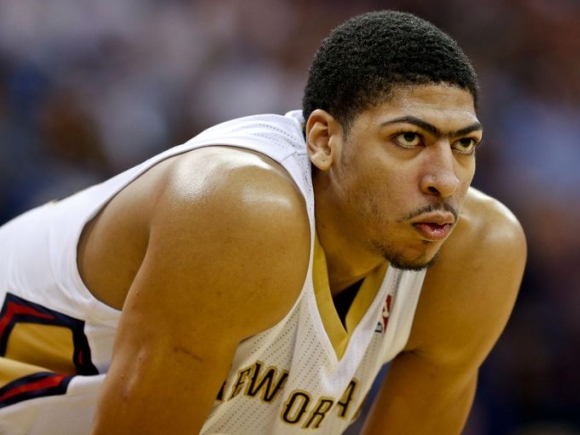 As if being the NBA's reigning Unibrow isn't enough.

Now, things are just getting silly.

Anthony Davis joined a club last week almost as random as the legendary Berlin pub named after a toilet. Literally.

Davis made the Pistons look like the stuff that goes into das Klo and should certainly be celebrated for his accomplishment.

However, NBA.com's sudden creation of the 59 Point Club in response to this game is a bit ridiculous. Let's translate that from PR spin:

If this was baseball, we'd be calling this a red-headed stepchild stat.

These sort of 'clubs' are constantly created throughout sports with no end in sight. It's only a matter of time before the 126 Pitches Club, the 38 Saves Club, and/or the 4 Craps Club is created.

Not that a 60 Points Club is that meaningful, but at least it doesnt sound as bad as a stupid number like 59.

So much for exclusivity.