A Series of Unfortuante Events 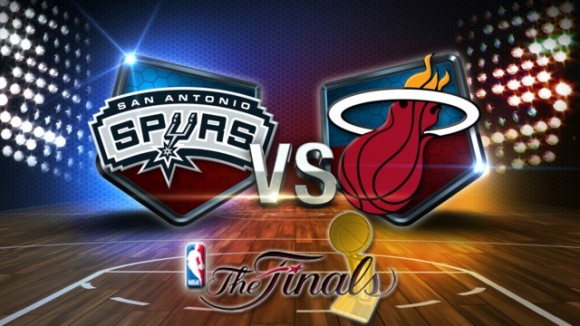 Half of the country just begrudgingly became Spurs fans, and the other half just lit themselves on fire.

Since this is a reality we all have to face, we might as well do it all together, and how better to prepare for such an unfortunate event than by doing an NBA Finals preview!

But first, a quick reflection on these playoffs and what they tell us about the future. Despite being marred by injuries, these NBA playoffs were at times wildly entertaining. To me, there were two main storylines in these playoffs, shining the spotlight on budding superstars Steph Curry and Paul George.

I wrote in April, before these playoffs began, that Steph Curry is emerging as the greatest shooter of all time. Steph, not wanting to make me look bad, went on an absolute shooting tear that forced the rest of the country to see what fans in Oakland have been seeing all year. What he did in Games 3 and 5 against the Nuggets and Game 1 against the Spurs was absolutely incredible. He scored 22 points in six minutes. Six minutes! However, it wasn’t just the scoring. Curry also averaged ­­­­­8.1 assists a game in these playoffs and showed Steve Nash-like creativity doing it.

Needless to say, young Mr Curry has a bright future, and his Warriors could be a force in the West for a while.

And then there’s Paul George and the Indiana Pacers.

The Pacers were 2.4 seconds away from winning Game 1 of the Eastern Conference championship series, and you have to wonder if they were 2.4 seconds away from winning the series itself. The Heat likely would have come out stronger in Game 2 and gone on to win it, but maybe a Game 1 victory would have pushed the Pacers to go 3-0 on their home court. It's impossible to know what would have happened, of course, so the reality is the Pacers will be watching the Finals from home again this year.

The encouraging news for Pacers fans is that Indiana’s top five players are really, really good. The bad news is a bench consisting of DJ Augustin, Tyler Hansbrough, Sam Young, and Ian Mahinmi isn’t going to cut it. The mixed news is that Danny Granger, an All-Star, has to come off the bench or he can’t play on this team. If I’m Kevin Pritchard, GM of the Pacers, the solution is simple. Flip Granger for two solid bench players or one solid bench player and a draft pick. If they can land someone with potential with the draft pick they already have, they could quickly have a revamped bench on a team that just took the league’s best team to seven games.

The East is going to be very interesting next year, with three legitimate contenders in the Pacers, the Bulls, and the Heat.

But for now, the unfortunate reality for two of those clubs is the NBA Finals is this year.

The first and probably most important thing I can say about the Spurs-Heat series is that if Wade is healthy and Bosh can actually get a rebound, then the Spurs just can’t win. Greg Popovich could coach circles around Erik Spolestra, but that is the only definite advantage the Spurs have. Tony Parker over the Chalmers/Cole combo is a huge advantage, but once LeBron starts guarding him, that advantage shrinks greatly.

But let’s be clear about one thing, if the Spurs are going to have a chance at pulling this off, Tony Parker must be the second best player on the court at all times. Parker had a great year and was very much in the MVP discussion before getting hurt. He’s an electric point guard whose main strength is scoring out of the pick-and-roll, but he can be a deadly passer as well.

Next on the importance list for the Spurs are Tim Duncan, Manu Ginobili, and Kawhi Leonard, in that order.

As the Pacers just proved, the Heat struggle against big teams that can defend and score out of the low post. Duncan needs to be that low-post scorer, and he’ll also need to rebound the basketball extremely well if the Spurs are going to challenge the Heat. Manu Ginobili just needs to turn back into Manu Ginobili. Although, that may not be possible due to the lethal combination of injuries and age. Leonard needs to do a serviceable job on LeBron, and he’s actually well-suited for the task. At 6-7, with a 7 foot 3 inch wingspan and elite athleticism, he's the perfect specimin to guard LeBron other than LeBron himself. If Duncan averages 20-10, Manu averages 17, and Leonard slows down LeBron while also hitting his share of corner treys, the Heat could be in for a fight.

On Miami’s side of things, I already stated the most important factor is Wade’s health and Bosh not playing like a pansy.

However, what I did not mention is that if Wade is more injured than Game 7 showed and Bosh continues his shooting slump, the Heat might actually be in a good deal of trouble.

With Wade and Bosh at 60% apiece, this is a team that relies heavily on the brilliance of LeBron. For this reason, it is especially important for the rest of their roster to hit threes and play defense. The Spurs can score and they can do it with ease due to great coaching and the fact that team-wide, each player has a fundamental understanding of his role. Because anyone can score in Popovich’s system -- which is predicated on ball rotation and finding the open man -- they have a tendency to find the weak link in opposing defenses. This means that there will be added defensive pressure on the likes of Mike Miller, Shane Battier, Ray Allen, Mario Chalmers and Norris Cole.

This might mean more play for the ultra-quick Cole and likely less minutes for the chronically injured Mike Miller. These players will need to be quick on their defensive rotations but ultimately let the Big Three do all the heavy lifting. For this same group of players on the offensive end, they need to knock down a healthy percentage of the open threes they receive.

LeBron is going to be LeBron, and there is really nothing anyone can do to stop that. He’s the best player in the league and he’s really evolving into a team leader who doesn’t ask, but demands high performance from his teammates. He’s clearly become more clutch. Two years ago, his biggest knock was that he’d fade away from the spotlight when it shines brightest. No one is saying that now.

My prediction for the series? Heat in five.

If Wade isn’t healthy and Bosh is a pansy, Heat in seven.