76ers Trade Up to No 1, Will Draft Fultz 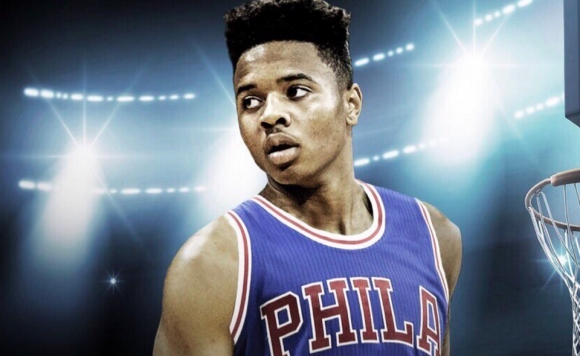 The late Hall of Fame coach George Allen turned the Los Angeles Rams and Washington Redskins into instant Super Bowl contenders back in the day by going against the norm.

He logically believed they were unproven at the pro level and a total crapshoot to the extent he was unwilling to risk his job and his teams' fortunes on them.

Allen was successful in the short term, but he left a scorched earth in his wake.

By contrast, the Philadelphia 76ers have been a polar opposite. They rent their own land asunder, kinda like Mt St Helen's did. But like that epic eruption's aftermath, they're hoping the total destruction will eventually make way for new life.

They've been calling it the Process, which ironically consumed its mastermind along the way.

Could it be that now, Hinkie will be up for whatever passes for sainthood in the City of Brotherly Love?

The Sixers' collection of tank-generated draft choices showed signs of competitiveness this past season. Now, it seems they've taken a major step forward.

One can only imagine the exchange between Fultz and LaVar Ball's oldest kid when the news broke:

So, if Ben Simmons defies skeptics, this could be an interesting season in Philly.

Like Simmons, Fultz wasn't enough to put Washington into the Big Dance, but contrary to popular belief, it actually does take a team effort to win titles.

The 76ers clearly need more pieces, but with Joel Embiid, Jahlil Okafor, Dario Šarić, and whatever vets get signed to bring them along, the Process might actually come to fruition and Philly fans will finally relive past glories from the days of Wilt Chamberlain, Julius Erving, and Billy Cunningham.

It was an age ago when teams had to build around growing their own. 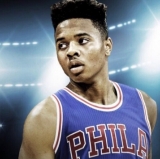 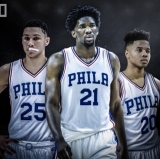