Dakar Rally: For the First Time Ever, a Homeboy Has the Lead 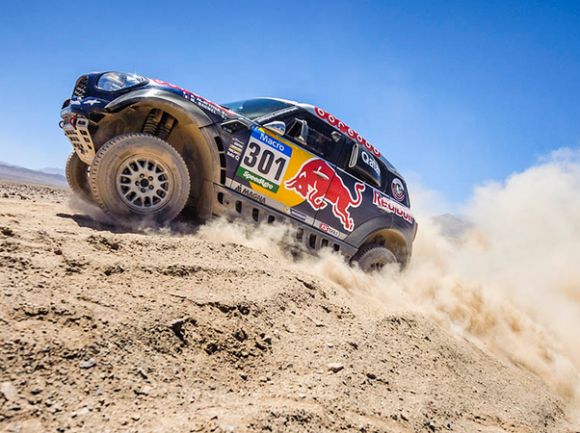 Here's the best description of the Dakar Rally ever stated:

To finish first, you must first finish.

Almost every year, there's someone who doesn't make it out alive.

This race is as brutal as it gets. Imagine the Baja 1000 on steroids. Drivers can be stranded for days when their rides break down.

In fact, some have been known to setting them on fire so race rescuers will notice them.

Maybe others just do it because they're dead already.

So, to say the vehicles are reinforced is an understatement.

As the rally puts Peru in the rear view and enters Bolivia after Stage 6, history's been made.

Argentine Kevin Benavides has become the first local to hold the overall lead. That's made many headlines in this part of the world.

As noted, Peugeot is riding high right now in the car division, with teammates Carlos Sainz taking this stage and Stéphane Peterhansel maintaining the overall lead.

This marked the end of the rally's first half, with the initial stage in Peru being cancelled for the motorcycles.

Seems like Mother Nature is the only one who can beat the Dakar Rally.