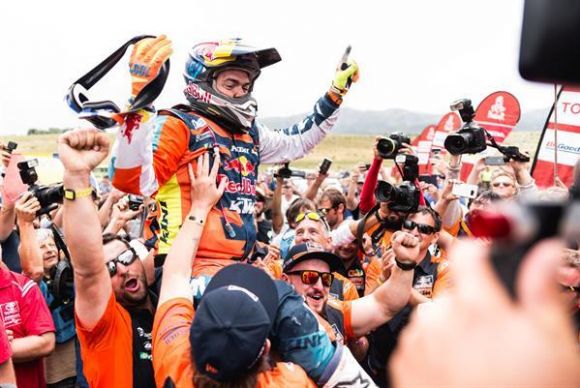 There were 545 entrants this year, and roughly half who took the starter's flag in Lima, Peru and traversed through Bolivia made it to the end in Cordóba, Argentina.

Discounting for the moment that those dudes are crazy, they provided more than enough highlights to recruit another batch of danger seekers in 2019.

Fortunately, there were no fatalaties in this year's race.

That means that a few of the dudes here were pretty damn lucky:

It's actually an accomplishment just to complete the course, for which the average entrant's total budget was somewhere in between $70,000 and $250,000.

Here's an example of what a typical rider expects in order to quench his obsession in the motorcycle division:

Here are the results and highlights for each of the four divisions:

And they'll no doubt lead the crowd that returns to the Dakar Rally next year.