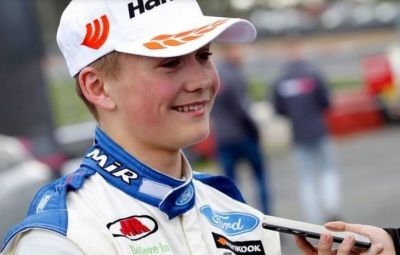 The fact he's alive to rise above his situation is a testament to the incredible safety technology that are now standard features on racing's bullets on wheels.

However, there's virtually no way anything could diminish the total shock of this:

It took doctors 90 minutes to cut Monger outta his car and then move him from the Donington Park track to an emergency ward that must've thought he'd driven over an IED or something.

This tragedy occurred as part of the latter.

Still, if Frédéric Sausset is any example -- and he is -- Monger may not have experienced his last race.

If that's what the kid wants to do, let's hope.