Angry White Dude: Now I Totally Get the Indy 500 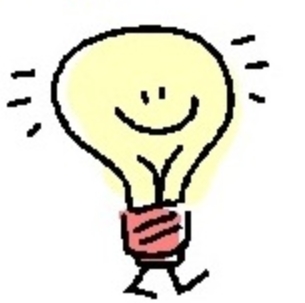 I have never watched an entire car race.

I'm not bragging or boasting; it's just a simple fact.

I've watched for a minute or two while flipping the channels. I guess that, in the past, I never really considered it that big of a deal.

Drivers just get in their car, give it the gas, head down the road, and turn left until they get back where they started.  What's the big deal?

And yes, I realize that those dudes take slightly higher risks than you see all the time on Florida freeways and that sometimes the results of that sorta driving are spectacular.

Like when pole-sitter Scott Dixon took an unscheduled flight in this year's race:

Dude walked away unharmed, which will probably only encourage those bozo drivers in Florida.

Still, it's one thing to see that stuff happen from afar. It's quite another when it's right in front of you.

I had the chance to perform at the Brickyard before the race, and one of the perks was getting two free tickets to see the Indianapolis 500. My wife, Karen, grew up in Indianapolis and went to the race all the time. I'd never been to one, and I had a strange feeling it was going to be different when -- on the way in -- I was given four sets of ear plugs!

What were they for? Did Blue Cheer reform and show up for a set?

Trust me, I was about to find out why I needed them.

Our seats were 20 rows back from right at the Start/Finish line. Not bad seats for a first timer!

As soon as the drivers fired up their engines, I knew exactly why you need ear plugs if you're that close. The sound is deafening!

The atmosphere is amazing. The most unbelievable things about the race itself is, of course, the speed.

I like to keep it right around 80-85 when I get out and let loose on the highway. These speed demons, though, are hitting 232mph!

Are you freaking kidding me?

I tap the brake when there's a slight bend in the road. Indy drivers go balls to the wall at over 200mph.

So much for my drive fast and turn left theory. I'm a moron!

As it is in every professional sport, the athletes who drive these heatseekers on wheels are head-and-shoulders above any of us watching the race on TV or sitting right there watching in person.

I know, I know. You think you can do it.

Reality check: You can't do any of that stuff, and LaVar Ball sucked as a basketball player!

'Way to get hella pwned, there. Have another doughnut.

More so than any other sport, race car drivers put their lives on the line every day at practice and at work. They are athletes! If you think they're not, you're incorrect.

Anyway, I hope you enjoyed the race, wherever you watched it. I'm also glad everyone stayed safe. Especially Mr Dixon.

And by the way, if you go to an Indy car race and sit even remotely close, use the earplugs!