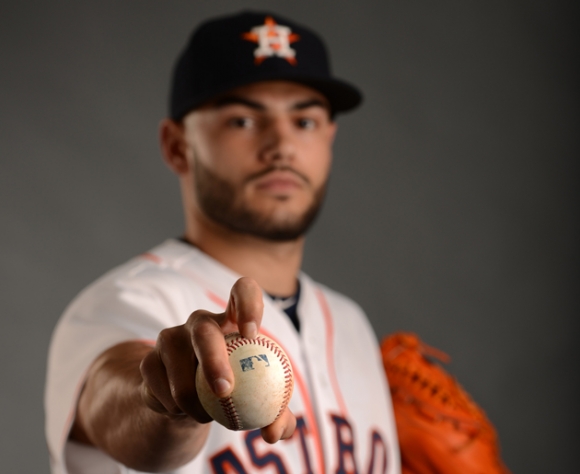 Houston's see a lot of Yu Darvish over the years.

To make his situation worse, the Iranian-Japanese slinger's slider wasn't sliding, and the 'Stros made him pay.

One of them went too far, though. Shock-top Yuli Gurriel finished off a dinger by stretching the corners of his eyes in the dugout, basically completing a totally unbecoming Sideshow Bob persona.

What in the name of David Duke was he thinking?

Then again, thinking probably wasn't part of the equation. Dude's a 33-year-old Cuban, so he's not an impetuous youth.

Gurriel later apologized, but it wasn't be enough to avoid a suspension. The 'Stros are bloody lucky his 5-games on ice won't be enfoced until next season.

Social ramifications notwithstanding, this could be huge. Houston's bench isn't as deep as the Dodgers', so someone's gonna have to go into hero mode to replace Gurriel if he's unavailable.

As close as this World Series seems to be, 'Stros skip AJ Hinch didn't need more work to do figuring out a lineup adjustment.

This is turning into a thoroughly entertaining World Series that doesn't need any unnecessary drama.

McCullers only notched three punchies in his 5⅓ innings. All of them were against presumptive NL Rookie-of-the-Year Cody Bellinger, who seems to have inherited Josh Reddick's ALCS slump.

Reddick tied a championship series record by going 0-22 before getting a hit. Currently, Bellinger is 0-11 and descending. He's another go-for-broke uppercutter who's a mainstay in the Dodgers' offensive engine room.

Meanwhile, Yasiel Puig continues to live in the moment. That's not always a good thing.

Dude shoulda been assessing the situation halfway down the first-base line on his shot toward the jutting stands near shallow left.

Puig's often talented enough to overcome mistakes like that, and he knows it.

Still, choosing discretion over valor looks like the next lesson to be learned in the crash course in maturity the Dodgers have implemented.

Learning on the job in the World Series isn't advisable.