Virtual Insanity: Cubs Shouldn't Have Fired Shrink Who Thought He Was Playing for Cubs

Published on 17-Mar-2014 by Xavier McSpaniel 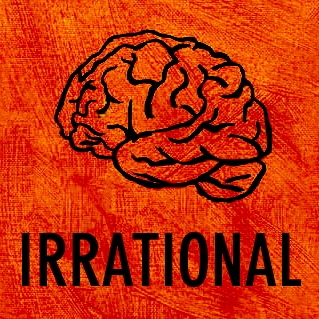 If any ball club needs passionate and committed team players doing everything they can to win, it's the Chicago Cubs.

So it was with more than a dash of puzzlement we learned today that longtime Wrigley shrink, Marc Strickland, was relieved of his considerable raft of duties.

According to Paul Sullivan of the Chicago Tribune, Strickland's canning came about because, from our perspective, he was showing how a professional should act:

"Not only was Strickland available for consultation with players, [he] had his own locker at home and on the road, dressed in team workout gear and played catch and shagged balls before games during batting practice."

"Early in his first year in the majors, Strickland even stood in the dugout tunnel at Wrigley Field after victories, bumping fists with players as though he was part of the team."

Now, call us cuckoo -- you wouldn't be the first -- but we at The Daily Player believe it is disgraceful, nay immoral, to needlessly oust such a promising up-and-comer. Who else on the Cubs' chum bucket of a roster has demonstrated Strickland's level of enthusiasm, his degree of investment? Hell, who else wants to even play for the Cubs?

The question begs: was there an ulterior motive? Was Strickland negatively impacting the team's nurtured culture of incompetence? Was he making an irrefutable case to replace one of Theo Epstein's high-priced pretenders in The Show? Was he, in fact, not fired as Sullivan claims, but murdered and buried in the same unmarked grave as Steve Bartman?

We will not let this injustice go unchallenged. Stay tuned in the upcoming weeks as our investigations continue and the truth is ultimately revealed in all its sordid iniquity.

In the meantime, enjoy this footage of Lou Piniella completely losing his sh*t.