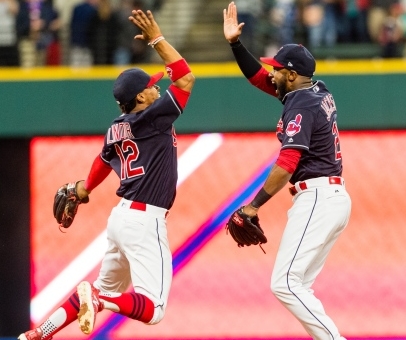 15 years ago, a late season surge put Billy Beane's Moneyball on the map.

It was only the third time since the majors organized that a club had went on a tear that long.

Ace Corey Kluber hurled a five-hit shutout and got all the support he needed from Francisco Lindor's leadoff dinger for a 2-0 victory over Detroit.

That was the only run Tiger starter Matt Boyd surrendered.

The lefty went to his curve and change to work outta two bases loaded jams in the next two innings, but his teammates couldn't put together anything against Kluber.

Records are cool and all that, but the most important effect of Cleveland's run is they've wrestled the American League playoffs' home field advantage from the Houston Astros:

Forward-thinking Clevelanders are now 'way past winning their free roofs, and they'll be packing the house on Wed 13 Sep in hopes of celebrating a sweep of the Tigers and tying the 1935 Chicago Cubs for MLB's longest ever winning streak.

Well, there was back then.

Remember the longest game in MLB history ended in a tie: Boston Braves 1 Brooklyn Robins 1 on 1 May 1920.

If the Tribe takes care of business on Wednesday, their next guest will be Kansas City. The Royals have already contributed to the streak, getting shut out three games in a row -- 4-0, 4-0, and 12-0 -- back on 25-27 Aug.