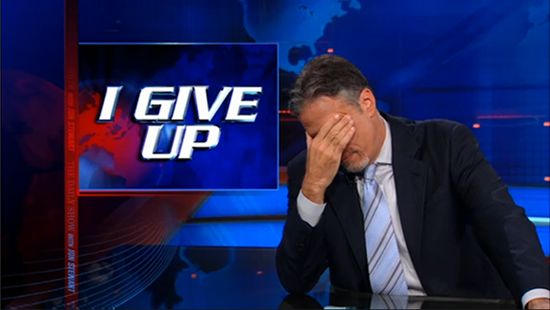 In case you weren't aware, our nation is deeply troubled at the moment and in dire need of some healing.

The outcome was predicable.

Nope, we're not even awarding points for effort here, because the objective of this dim back-&-forth was simply to appease the egos of these two embarrassing man-children.

This nonsense appears to have begun after Bauer finished up a lengthy series of tweets discussing the current labor strife and the possibility of an abbreviated MLB season when Huff fired off this witty retort:

It seems the retired Huff managed to find the time in his busy MAGA-themed schedule to research some painfully outdated statistics, including the obsolete pitcher winning percentage.

Of course, Trevor felt obliged to reply in kind:

Trying to tell someone not to tweet is...shall we call it, odd...coming from you Aubs. Here, have some more attention. I’ll forward some followers your way. https://t.co/GFPyotbEPE

Thus began a productive dialogue that ran into the wee hours of the morning.

Attention is all you crave Trev. I never had social media when I played. I was a team player. I wasn’t trying to build an outside brand for fans to suck my dick. You’re a cuck. You have low T. I suggest you inject yourself with a bit of testosterone. @MLB #makebaseballgreatagain https://t.co/8wKgVlwH8v

Back to you, Trev.

Oh no a random twitter account word vomited at me whatever shall I do. Apparently connecting with fans is a bad thing these days, who knew 🤷🏻‍♂️ thanks for recognizing my brand building ability though Aubs. About the nicest thing I’ve ever seen you tweet ❤️ https://t.co/Xw00KroXkQ

Having had his very manhood called into question, Bauer followed up again:

I come with receipts. Fun fact, seems I was a better amateur than you were too 🤷🏻‍♂️ how does it feel to be dunked on by someone who is...what did you call me...low t? pic.twitter.com/60wRcSRXlU

The fact you said in your 1st tweet, “I’ll forward some followers your way,” tells me everything I need to know about you @BauerOutage. You’d rather build a brand than win. That’s why I have 2 World Series rings & you jerk off to analytic spin rate geek fans like @keithlaw. @MLB https://t.co/ft4JTb2RzH

Bauer then addresses him as Pookie and whips out his miniscule WAR advantage:

Thanks pookie. I know some people are only capable of doing one thing at a time. Others of us can walk and chew bubble gum simultaneously. And if you want to talk about winning, a stat called wins above replacement does that. Me: 17.4. You: 17.3. Better at wining, and tweeting 😘 https://t.co/jHE50aFoRM

Despite it being after 3:00am, Huff was still feeling feisty, even providing a visual:

The current Cincinnati Red arm then got really condescending:

Those are cute participation trophies you have there Aubs! Thanks for sharing! Proud of you little guy! https://t.co/n6g8Suiyv1

Then the dude who made exactly one plate appearance with the Giants during the 2012 World Series countered with some stats that might not be entirely accurate, depending on what advanced metrics one might be using:

Hey sugar tits where you getting your nerd stats from? I had no idea what my career @mlb war was until you mentioned it. So I had to check it out. Maybe research before you tweet @BauerOutage. https://t.co/6C51tCZRk4 pic.twitter.com/QMCnolpQeE

Now there's a bit more, but we'll close with more condescension from Bauer:

Welcome to the world of advanced stats. There’s a lot to learn. They can be confusing to the uninitiated. I can teach you if you ask nicely, princess! Or we can just stick to your .111 batting average in the post season on your way to earning your participation trophy. https://t.co/QU6D2B56ZQ pic.twitter.com/ZZRpoyw8hz

Not that we're in any way condoning this behavior, but Bauer gets the spiritual win for creativity.

In the meantime, we anxiously await their next intellectual skirmish.