Trader Jack Gets Deep-Sixed in Seattle 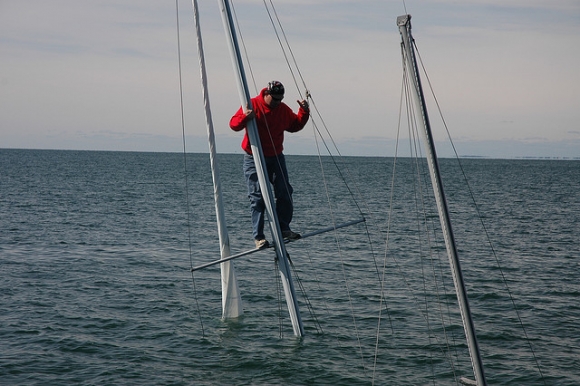 Didn't need tea leaves to see this one coming.

After seven years of faking his way through a bizarre spin at the general manager's job for the Seattle Mariners -- just ask Eric Wedge, among others -- Jack Zduriencik finally got his walking papers.

Sooner or later, dude, the ball finds you.

The Mariners raised eyebrows when, incredibly, they gave him a contract extension last year, right about this time, because this 2011 promo could've been screened at any time under his watch:

Trader Jack got his nickname by dealing for the safe big names like, say, Eric Bedard. All he had to do was ship Baltimore a few unprovens like, say, Adam Jones, George Sherrill and Chris Tillman. No one was gonna confuse him with Billy Beane.

The Mariners further twisted the knife by immediately shipping one of Zduriencik's first-round picks, Mike Zunino, to AAA Tacoma and calling up Crash Davis John Hicks. Call it collateral damage. With roster expansions next Tue 1 Sep, what else would it be? Zunino will simply commute for a few days.

However, that's punishment in itself:

Zunino's career arc, like Dustin Ackley's -- another former first-round bust -- is the all-too-familiar MO of an Old School operator like Zduriencik. He was rushed along in the minors and then protected on the big-league roster because of his draft credentials and accompanying bonus money.

So when an interesting piece comes along like, say, Welington Castillo, Trader Jack never really gave him a shot. Instead, he shipped the dude to Arizona for Mark Trumbo. The result:

Trader Jack had no idea, either.