The Wicked Consolation of a Giants Fan 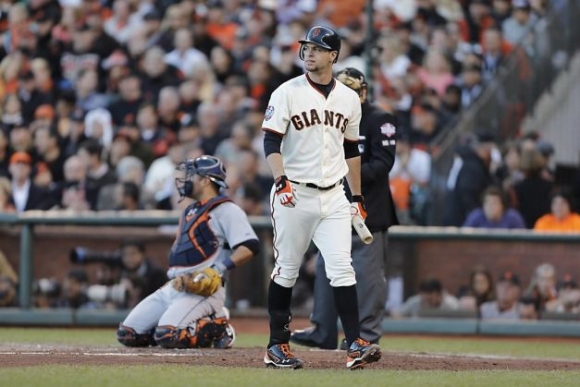 After about six months or so of beginning my extensive web day at the Giants MLB site, now that the thrill is gone out of 2013, it’s difficult to accept and adjust to the emptiness of the realization that there’s no more baseball left.

Visiting the site now in the throes of autumn, there is little to glean of baseball interest. A few well-meaning but patently unsatisfying pieces about the team’s various charitable efforts. Heartwarming yet bone chilling in its bereft-ness of meaningful baseball content.

Thus, it accents the impending onset of the cold months ahead as the dying embers of baseball play out in a Giants-less post season parade of spectacle and pomp.

I try in vain to temporarily transfer my baseball allegiance to underdog teams from burgs that have no meaning to me whatsoever. For what consolation can a city like Pittsburgh, Tampa Bay, or even Oakland bring when their dreams of glory are vanquished in short order even as those of the Orange & Black’s?

Yet there is some modicum of wicked consolation to be derived from the viewing of the heart wrenching loss inflicted upon the Dodgers in Game 1 of the NLCS pitcher’s duel at the wings of the Cardinals, especially in the subsequent roasting of Donnie Baseball by the press that followed.