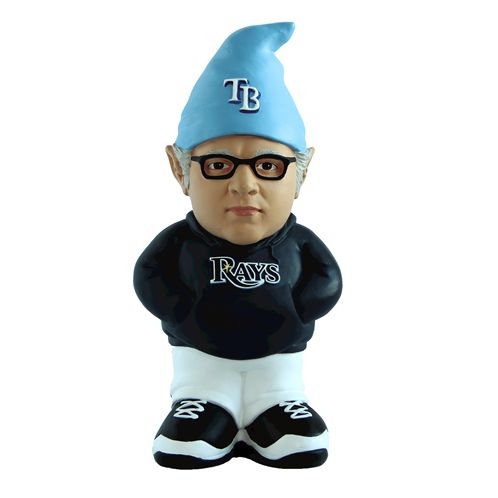 The Hot Stove League hasn't even been on pre-heat very long, and already it's glowing red.

And that convection is likely carrying over to managerial seats that their occupants didn't even know were hot.

And then, Joe Maddon announced that he was cutting the cord with Tampa Bay.

So, low-payroll fatigue has claimed another soul.

With Andrew Friedman's departure to the Dodgers, it was probably inevitable that another shoe was gonna drop. The Rays have been one of the more creative clubs in baseball in their moves to keep up with their big-budget brethren in the AL East, and they'll need to be at their most imaginative if they expect to recover from this dual defection.

But don't put it past them. That is, if this isn't the precursor to putting the entire team out the door, as has been forecast on more than one occasion.

To say the Rays were caught by surprise is an understatement. As the regular season wound down, Maddon and Friedman were in the midst of Tampa Bay's planning for 2015. Of course, that's before the Dodgers struck.

Where will the next domino fall? Crazy scenarios are being tossed around, but one of them has to happen if Maddon wants to manage next year, and he says he does. Angels owner Arte Moreno has more money than sense; Maddon came up through that system, but booting Mike Scioscia is nuts. Moreno made him the highest-paid skip in MLB with a deal that runs through 2018.

Then there's the Cubs. GM Theo Epstein knows high-profile from his time running the Red Sox. Current manager Rick Renteria is just another face in the crowd, and the North Siders have enough dosh to do whatever they feel like. With the young talent they've amassed seemingly ready for Wrigley, why wouldn't they make the move to bring a nurturing skipper like Maddon into the fold?

After all, Maddon knows how to keep them loose:

If that doesn't have Cubness written all over it, what does?