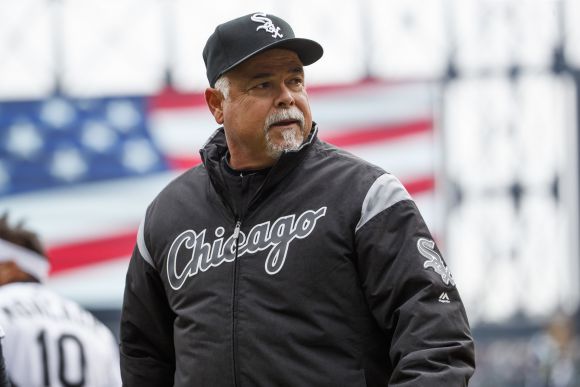 The science of sabermetrics has completely permeated the game of baseball, to the point where it's now difficult to imagine the sport without it.

However, there's still resistance to these proven concepts in the wheezing old guard stationed in random dugouts around MLB.

One of these cranky old farts would be Rick Renteria, manager of the Chicago White Sox and truster of his gut.

Now dude's normally pretty affable, but a recent question about his seeming aversion to using numbers to dictate his decision-making sent him spiraling out of control:

Renteria: “I don’t discount numbers. Never did, never will. I’m not going to appeal to the sabermetrician ... If they don’t like it, I don’t give a shit. I do things because I believe it’s the right thing to do. If that puts me on the outs that’s fine ... but I know my guys.”

Well, there you go.

It seems fairly obvious that Renteria and those damn, dirty sabermetricians don't mix well at all.

Or whatever analogy makes you comfortable.

The former Cubs manager has been questioned endlessly about his lineup construction this season, which has admittedly been suspect.

For whatever reason, Renteria is fond of just batting random dudes in the cleanup spot.

And we know he's not basing these decisions on any compiled data, as he's made abundantly clear.

Of course, there's also the possibility that he's bracing for his inevitable dismissal, just when his White Sox are about to get competitive.

This scenario already played out on the North Side, where he managed the Cubs for one lonely season before being replaced by Joe Madden, who won a World Series two years later.

Incredibly, this could actually happen again on the South Side.

Yeah, good luck with that.