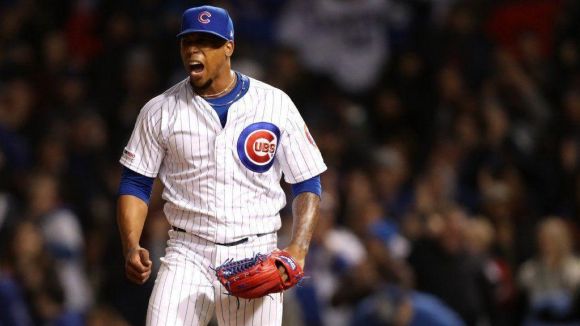 Having your car stolen and dealing with the subsequent police red tape can be quite stressful.

So's recording a one-run save in a baseball game.

But you try doing them both on the same fitful day.

Such is a day in the life of Pedro Strop, MLB closer and private citizen.

The day in question was a seemingly innocuous Wednesday, but it got weird when Pedro discovered that his Genesis G90 had been stolen.

Well, that's one way to handle it.

But this isn't just any car.

We're talking about a Genesis G90, manufactured by a luxury Korean automaker and featuring the ideal balance of comfort and beauty.

Cubs closer Pedro Strop had quite the day/night. His car was stolen before the game so he was dealing with that "until the fourth inning" when he told police "I might have to pitch. I have to go." Says the car was later involved in a police chase. He... https://t.co/P3B55jOZlQ

Yes, there was an actual police chase involving his full-size four-door luxury sedan.

But despite this drama combined with the tension of a one-run game against the Dodgers at Wrigley Field, Pedro was all clutch.

And you'll be relieved to learn that his sweet ride was recovered by the cops.

But no leads, promising or otherwise.