Panda puts it to Putz 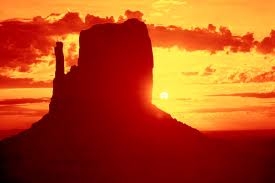 Diary Entry for the Day:

All is well with the world. The Giants won last night. It is a glorious thing to see the orange and black outplay, outpitch, and outperform the dreaded collection of Kirk Gibson-ian reptiles that had the nerve to interrupt the team’s streak of division championships.

Pablo Sandoval, pried a win out of a predicted loss by the opposing broadcaster. The enemy broadcaster, elated with a late inning home run by one of the power-puny Snakes, piqued the baseball gods by matter-of-factly declaring that Cahill, with the home run by Wilson, had got his win. The aforementioned deities will invariably counter such folly with plentiful poison.

It’s a little bit different if a player like Killer P Panda calls his shot. The Giants’ own little version of Babe Ruth is predicating his future performance on his ability. Not on punditry. But the Panda didn’t declare that the Giants had already won prematurely, as did the transgressing announcer for the Snakes.

Plus the Giants had the benefit of an Angel on base. Therefore, the karma is in the Giants favor. As evidenced by the back-to-back first major league wins for their pair of Cinderella minor leaguers. A sweep of the Diamond backs on their home turf would be better than a Willie McCovey Smurf.

So let’s cut to the Chase. A win tonight will make things just right and turn their outsized stadium into a gloriously dejected outhouse. Furthermore, it would chase the venomous creepy crawlers out of second place. Further into line with those lowly Dodgers and leave the D-backs with a shiny black eye for their troubles.