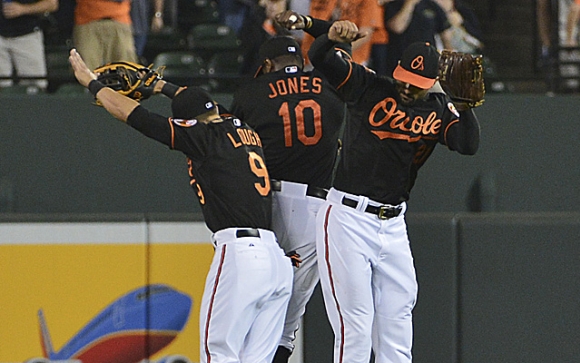 The still hot Baltimore Orioles look for a second straight win in their series against the White Sox tonight at US Cellular Field in Chicago, and I think their chances are very good.

In fact, they're definitely worth a play, considering Bovada has them tabbed as a light favorite at -120.

The Orioles (71-52) were up to their normal tricks last night, paying homage to their late Hall of Fame manager Earl Weaver, whose mantra was the best offensive strategy is a three-run dinger. A slight variation on the theme worked against the ChiSox, as the O's powered three round-trippers on their way to the 8-2 win.

And based on what we've seen from them this season, tonight should be more of the same.

Chicago sends leftie Jose Quintana (6-9, 3.14) to the hill, and he's got to bounce back after his last outing six days ago when he went 6⅔ innings and gave up four earned runs in a 7-1 loss in San Francisco. But bouncing back appears to be a very tall task for Quintana, facing a Baltimore team that leads the American League in home runs off left-handed pitching.

And before you wonder if being at home will help, look at some of the data on Bovada's Super Grid, where you'll find the Orioles are the second-best team in runs scored on the road, while the White Sox allow a hefty five runs per game at home, with Texas the only AL team giving up more. As if that won't put enough pressure on White Sox hitters, Baltimore's Chris Tillman should add even more. Heading back to the data tool, we see Tillman (9-5, 3.56) has strung together Three consecutive quality starts.

The O's staff ace has also been the beneficiary of some solid Baltimore hitting away from Camden Yards. In spite of his 4.68 road ERA, he's 6-0 on the road this season.

For just 20 cents on the dollar, you can have all those factors working for you at Bovada while backing a team that's won over 70 games this season and facing a team that has yet to register win number 60. That's the route I'll be going tonight.