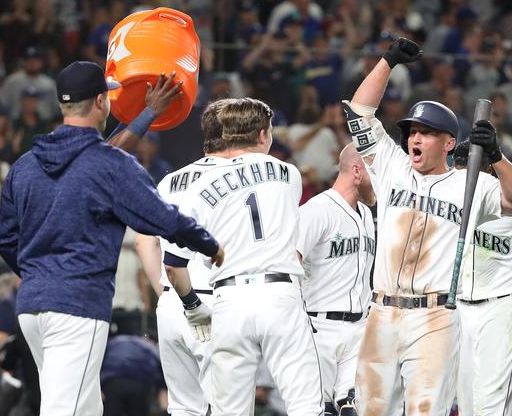 Dudes are 20-0 this season in games where they slammed three or more home runs.

Ironically, the loss was of their own making at the point of decision. All the Seattle Mariners did was get a runner to third base.

That's what a balk can do, even when the balker doesn't realize he just balked.

Dodger newcomer Dylan Floro needs to do a bitta brushing up, because when the chips were down, dude's mind wasn't around:

If any club shoulda known about this quirky little rule -- instituted to prevent a pitcher deceiving a runner -- it's the Bums.

Return with us now to Mon 18 Jun, a mere two months earlier, to the day:

Clearly, Los Angeles pitching coach Rick Honeycutt has to add an extra question to his staff during pre-game preparations:

The Mariners needed this favor to keep hanging around their AL West rivals, who are duking it out for first place right now.

Meanwhile, the Dodgers lost a game in the standings to the NL West-leading Colorado Rockies, who leapfrogged over Arizona by beating Atlanta in extras while the Diamondbacks got walked off in a more conventional fashion in San Diego.

Which is why a lone brain fart by any of those clubs could determine who makes the post-season and who stays home.

The mad scramble in both divisions will continue.

Whether or not which teams get real with the butterfly remains to be seen.