Nolan Arenado Makes Some Sweet Glove against the Giants 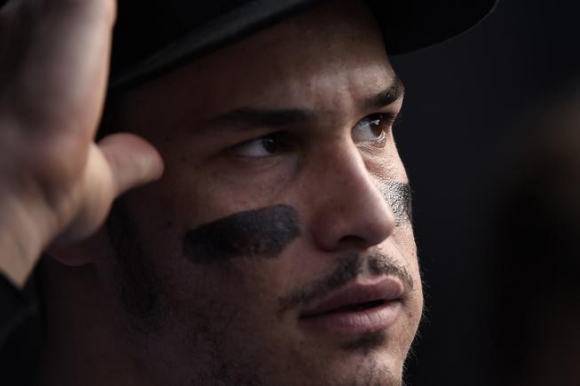 In case anyone was curious, Nolan Arenado is a pretty good defensive third baseman.

If you happen to be in the market for some quality glove work, you could certainly do far worse.

The Rockies All-Star added yet another gem to his ever-expanding portfolio recently in San Francisco.

Just look at this thing:

The irony of this particular play is that the glove only played a minor role.

Of course, knocking the ball down was impressive, but it's what occurred afterwards that defies the immutable laws of science and reason.

Dude somehow managed to secure the ball with his bare hand, execute a spin move on the ground, and then fire a perfect throw to first from his back to get the runner.

Of course, the ball was hit by someone named Ty Blach, who may in fact be the slowest human being on Earth.

That was a great play.

Arenado just can't seem to help himself, as the four-time Gold Glove winner does this sort of thing on a fairly regular basis.

Oh, and he swings a pretty mean stick, as well.

The MVP chatter has already begun.