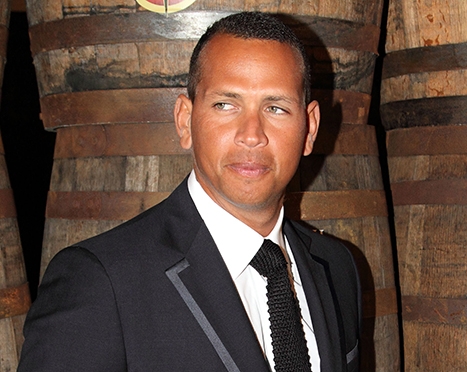 The 2014 MLB regular season is now in the books.

The wild card races were decided until Game162, which was the best case scenario and purpose of adding an extra wild card team. Maybe the Mariners missed out, but it was a good thing in the Emerald City since the Seahawks had the day off.

There would’ve been a serious sports withdrawal without Félix Hernandez on the mound and a playoff spot at stake.

Oakland beat Texas 4-0, behind a complete game gem from Sonny Gray. Why did the A’s trade for Jon Lester when Gray is clearly a post-season ace? Oh well, that's academic now. King Félix also pitched a gem of a game, too, being pulled in the sixth inning to secure the ERA title and solidify his Cy Young award.

Ultimately, the whole weekend was a celebration of the illustrious career of The Captain, Derek Jeter, upon his retirement. The fanfare for Bud Selig’s retirement was also met with glee and adoration but for different reasons. Perhaps it’s time to implement term limits for the Commissioner.

Everybody will remember Washington Nationals SP Washington Nationals SP Jordan Zimmermann throwing a no-hitter against the Miami Marlins and the tremendous game-saving catch made by OF Steven Souza Jr on the final day. Sure they will. Just like everybody remembers Marlins SP Henderson Alvarez threw a no-hitter on the final day last season, who also happened to be the pitcher facing Zimmerman that day.

What was an even more perfect, happy ending to the season was all five of the teams featured here in the Snark Rankings lost. So much for ending on a good one.

1.      Arizona Diamondbacks (64-98) – This version of the 2001 World Series champions wilted in the desert heat, and it started pretty much right away as slugger Mark Trumbo went on the disabled list (DL) in April and was out until 11 July. What began as a fully grown rattle turned out to be a pre-button as OF AJ Pollock and Paul Goldschmidt both spent significant time on the DL. Arizona managed to avoid the 100-loss plateau but finished with the worst record in the majors, good for a .395 winning percentage. Or is that a .605 losing percentage? What they did manage to accomplish was get GM Kevin Towers, Manager Kirk Gibson, and Bench Coach Alan Trammell fired. The best thing the Snakes did all year was hire Tony LaRussa as Chief Baseball Officer and bring in former A’s SP Dave Stewart as GM. Why not recreate the 1990 Oakland A’s? Can Terry Steinbach be the bullpen catcher, Carney Lansford work with the IF’s, Willie Randolph 1B Coach, Dennis Eckersley Pitching Coach, Gene Nelson Bullpen Coach, and Rickey Henderson play cards in the clubhouse while the team is getting clobbered in the NLCS? We may be on to something here.

2.      Colorado Rockies (66-96) – The second-worst team in the league also hails from the NL West, where it’s really the home of Haves and Have Nots. The Giants and Dodgers are going to the post-season, whereas the other three teams are going through a rebuilding phase, again. You know what the Rockies need to do? Bring some Blake Street Bombers back on board and have them just hang around the ballpark. Now, don’t get me wrong, they shouldn’t be loitering or acting like a creepy stalker, but why can’t Larry Walker be sitting in the Rock Pile or Andres Galarraga do the Spanish broadcast for MLB. Cripes, Vinny Castilla needs to be the 3B Coach, and Todd Helton should be the 1B Coach. Start there, and then you can find roles for Ellis Burks, John Vander Wahl, Eric Young, and Jeffrey Hammonds. Let’s not make Mike Hampton the pitching coach, okay? What this team really needs is for SS Troy Tulowitzki and OF Carlos González to play a full, healthy season. Manager Walt Weiss will be on the hot seat starting the 2015 season. If it doesn’t work out in Denver, Weiss will surely have a position waiting for him in Phoenix, with Tony LaRussa’s 1990 Oakland A’s reclamation project.

3.      Texas Rangers (67-95) – What a disaster of a season in north Texas -- by far the most disappointing team in the league -- and they let the Mariners down by taking the tailpipe from Oakland on the last day of the season. Had they beaten the A’s, the Seattle Mariners would've been playing the Royals in the AL Wild Card game, but along comes Sonny Gray and makes mincemeat of the Rangers lineup. A complete-game shutout on the last day to put his team in the post-season is epic. I’m not sure the Rangers need to make a whole bunch of moves in the off season, other than hunt for a new manager because Ron Washington suddenly got a conscience and decided that working on his marriage was more important than a career in professional sports. The Rangers set a major league record by using over 60 players in one season. There were more transactions than at Costco on Black Friday. It’s doubtful that Rangers greats Ruben Sierra, Juan González, or Iván Rodríguez could’ve helped out this team. Maybe one of them can interview for the managerial vacancy. The only real highlight at season's end was 31-year-old rookie Guilder Rodríguez finally getting a cup of coffee in The Show after 1095 games riding the buses:

4.      Houston Astros (70-92) – Once again, we have a team in the midst of a managerial change, and the ‘Stros wasted no time hiring ex-Diamondbacks manger AJ Hinch. Huh? That’s the best you can do? What was wrong with Bo Porter again? Oh, yeah. Right. Anyways, this team really needs an infusion of good luck like every team in the AL West sucking big time in 2015. They joined their Lone Star State counterparts to form a dynamic duo of suckitude; at least, it was better suckitude than the last few seasons. Rookie phenom OF George Springer seemed to figure it out as the season wore on and will receive quite a bit of support for AL ROY. Speaking of the last Astros ROY -- Jeff Bagwell in 1991 -- I don’t recall seeing him or fellow Killer B Craig Biggio hanging around the dugout. Have these franchises lost their way? Chris Carter hasn't.

5.      Minnesota Twins (70-92) – Perhaps the most telling stat of the 2014 MLB season was no team lost over 100 games, which hasn’t happened since 2007. You know what else hasn’t happened since 2007? The Twins haven’t won a post-season series. In fact, you have to get in the Hot Tub Time Machine all the way back to 2002 to find the Twinkies in the ALCS. Hosting the All-Star game didn’t help this team gain any momentum in the second half and really contributed to Ron Gardenhire’s firing. So add Minnesota to the list of teams that need help -- serious help -- as they’ve been swept out of the League Division Series in their last three appearances. Now, they get news that former manager Tom Kelly had a stroke last week, probably caused by the thought of having to coach this team again. What’s astonishing about the Twins season is they ranked seventh in runs scored, and fifth in on-base percentage. What’s even more astonishing is the number of times they’ve lost to the Yankees in the post-season over the last decade. Jeter’s retired; it’s open season on the rest of the AL.

Based upon recent history and the advent a second wild card team in each league, chances are good that one of these teams will likely make the playoffs next season, or at least be in contention. After all, baseball seems to produce the most worst-to-first, and first-to-worst teams out of the major sports leagues.

Just ask the 2013 and 2014 Boston Red Sox. They can thank Bobby Valentine for all their success.