MLB Slashes Draft Rounds to 5 in a Victory for Capitalism 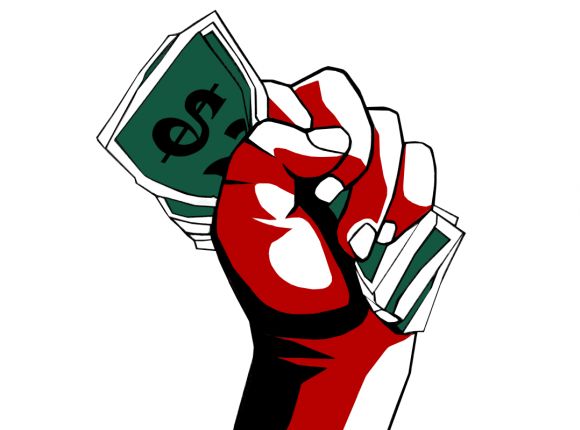 For many baseball fans, it's hard to sympathize with MLB owners.

Then there are the other baseball fans who have a hard time sympathizing with MLB players.

And yet, virtually all of North America's sports fans have no problem with teams dictating where the latest perceived elite of amateur players will be assigned and the wads of dosh they'll be paid before even stepping on a field of play.

What's crazier, there are actually teams out there that will intentionally not try very hard to win so they can be the first in line to dictate.

Now, that line isn't any shorter, but their number is.

MLB's made good on their desire to limit their annual amateur draft to five rounds, figuring they're gonna save around $30million a year by doing so.

Probably committing to college and junior college programs, waiting to see if this is a crazy-year phenomenon or if it's the way of the future.

Contrary to all the criticism, this may not be a bad thing for the majority of amateurs.

First, though, take a look at some of the more prominent players drafted over the years in Rounds 6-10: What's more, there's a significant number of notable players who were drafted later than that, including:

Still, for each one of those jackpots, every team's surrounded them by choosing a legion of busts. That's not very efficient.

Hell, the Cardinals' scout who found Pujols was eventually fired because that's the only dude he'd promoted who ever got drafted.

Then there's this: for every player who ever was chosen, there's a minimum of one exec in a team's front office whose name is riding on him and whatever bonus was authorized to be paid to him.

So, when roster decisions are made, stats or no stats, guess who gets the benefit of the doubt.

So, fewer draft choices means less politics. That can't be a bad thing.

It also means more players get to choose their own destinies instead of being confined to one team where, if they do make The Show and stick ...

However, like the rank-&-file for every other pro sport, baseball careers can be amazingly sudden, and it's not like most players are gonna fall into a second job that pays the same.

Therefore, if more players can be in a position to decide for themselves which MLB offer will get them to the bigs more quickly, how is that a bad thing?

As to the huge early-round draft bonuses, there's nothing that says anyone shouldn't be ashamed to get it while they can, but really, what has any draft choice done to deserve a big payday before he even plays his first game?

In parallel with the Big Tuna's First Law of Reality -- you are what your record says you are -- economic truth in capitalism says you're worth what someone's willing to pay you.

What's more, all things being equal -- and in the sports biz, they're not -- you should have a right to choose your employer if that choice exists.

Bruce Sutter got to choose. So did Larry Walker, Bobby Bonilla, Dan Quisenberry, and Larry Bowa, to name just a few.

If the Independent Leagues become more prominent -- and the odds are they will when MLB starts cutting ties with MiLB teams in bunches -- one more bitta politics might be swept away.

Fewer affiliated teams means fewer players with that as a frame of reference, meaning another Pujols, Sutter, or whomever theoretically has a better shot of coming outta nowhere and being rewarded for what he does instead of who selected him.

Draft proponents contend it gives lousy teams an equal chance to acquire top talent, but since when was an organization's ability to recognize talent that'll actually prove out to be a sure thing a sure thing?

Rhetorical question. It's all a crapshoot.

Pro sports in North America are fine examples of socialism. There's nothing wrong with that, but in societies that claim to be capitalist, why shouldn't baseball, for example, show that it still has vestiges of John Locke in it?

MLB's proving it with the MiLB contraction plan. The fact that this tendency is showing up in the draft shouldn't be a surprise, either, and most baseball amateurs could well come to appreciate it.