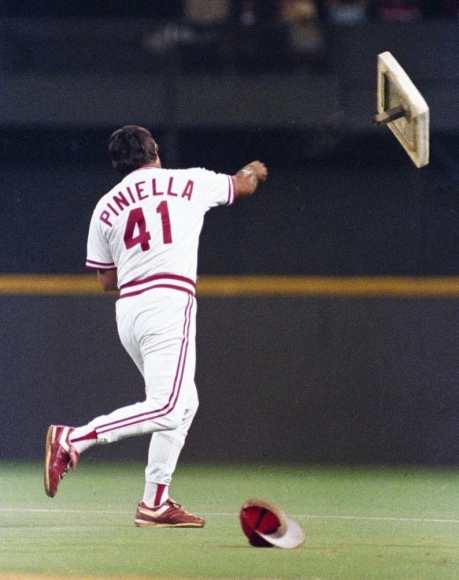 Cincinnati manager Bryan Price staged a pre-game press conference for the ages before the Reds' 6-1 win over the Brewers this past Monday.

77 F-Bombs and 5 minutes, 34 seconds later, the dust had settled on his opinion of reporters tweeting information about Reds players’ locations and travel itineraries between the Queen City and Louisville.

In contrast, it took nearly a half-hour into the Wolf of Wall Street to produce that many Prime Words. It didn't come with a Dr Evil filter:

Price's outburst was reminiscent of bygone rants that railed against media, overbearing owners, and even telephones.

With all due respect to Mike Singletary, Dennis Green, Mike Gundy, Jim Mora, Herm Edwards, and Bobby Knight, we’re going to stick to the diamond and chronicle the Top 10 Manager Meltdowns of all time. Some were even repeat offenders. 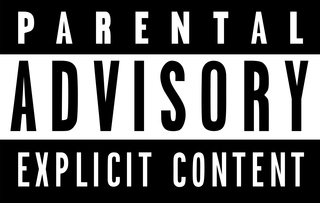 This would've ranked much higher, had it not come off as forced, contrived, and a cry for help more than anything else. Price has been subjected to lotsa backlash in the days afterward, with speculation that his job's on the line. His diatribe could be considered as a source of inspiration for the Reds' 16-10 victory over Milwaukee on Tuesday night. Cincinnati and the Brews tied a major league record with three grand slams, and people quickly forgot the Prime Word's origin.

Note that this could well be an allegory for how hurricanes arise from calm waters and converging conditions:

Channeling the frustration of Cubs fans, Sweet Lou sequestered the media to get somebody else in here who can catch a damn ball or run the bases properly. Cubs fans are still waiting nearly 10 years later. Maybe now? Piniella's first ever ejection as the Cubbies' skip inspired fans to toss their hats onto the field and cause a lengthy delay as grounds crew needed to pick up each and every one. However, the team store saw a dramatic rise in sales the next day.

Perhaps Lloyd was frustrated watching the Pirates lose 100 games in 2001. On this particular day, two close plays at first base went against the Buccos, and McClendon came out of the dugout to argue a third time. After tossing his hat towards second base and getting quickly ejected, he picked up first base and told umpire Rick Reed he was taking it because Reed wasn't using it. Brilliant!

During a game against the Blue Jays in 1999, catcher Mike Piazza was called for interference, and Craig Grebeck was awarded first base. Valentine came out to argue and was tossed in the 12th inning. But, in the top of the 13th, Valentine returned to the Mets' dugout wearing a disguise that would make an undercover cop jealous. This wasn't exactly a tirade directed at an umpire, but it was a blatant attempt to skirt the rules of ejection.

It cost Bobby V $10,000 and a two-game suspension. Do know it was a popluar Halloween costume in New York that year. A classic confrontation of two heavyweight contenders pitted Rays manager Joe Maddon against White Sox skipper Ozzie Guillen. Believe me, it was difficult to leave this out of the Top Five.

In the type of incident that inspired instant replay, umpires overturned a safe call that initially favored Rays' batter Dan Johnson and plated Johnny Damon from third. Guillen came out to ask the umpires to confer and conclude the runner was actually out. Much to Maddon's chagrin, Guillen's point of view prevailed after a quick conference, which led him to eject every umpire on the field. We have your back Joe, trust us.

Side note: It's usually a Spring Training number, but Maddon wears No 70 so no one can take it from him. He lost his then-favorite No 20 while coaching the Angels when Don Sutton big-leagued him. No tirade about that, though.

Spring Training is meant for players and manager to work out the kinks and get into mid-season form before April Fool's Day comes around. But this incident was no fooling around, as Leyland let Bonds know, in no uncertain terms, how he felt about the reigning NL MVP.

A pre-steroid Bonds told Leyland what he thought of the crusty old man, and it was clear their honeymoon period was over. It's no coincidence that the Pirates' two decades of despair precluded Bonds' departure for San Francisco, where he became legendary.

This felt a little bit like an early beta version of YouTube. Hard to imagine a profanity-laced exchange like this would go unnoticed during the socialmedia era:

We would've recommend someone taking a chill pill, especially MLB wasn't testing for much of anything back then.

Martin's last season at the helm, 1988, produced one of the most bizarre reactions to a manager-umpire confrontation. In fact, the scrappy skipper had to be talked out his maniacal plan by a 'connected' friend.

Martin was so upset at crew chief Dale Scott, it was alleged in Peter Golenbock's biography of him that he wanted to have him whacked, Donnie Brasco-style. 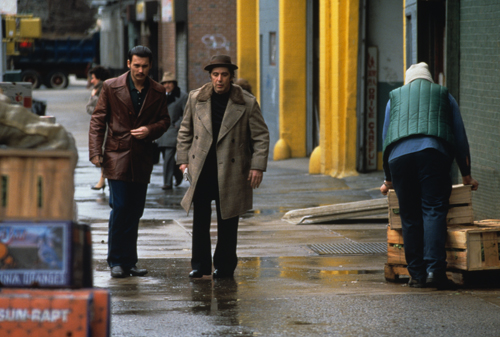 Perhaps the stress finally got to Martin, as he died in a DUI car wreck on Christmas Day 1989, because nobody got more worked up about a bad call than Martin.

More ire aimed at the Wrigley Field faithful came from Manager Lee Elia at the beginning of the 1983 season, when the Cubs started 5-14. Committing the second-worst cardinal sin of baseball -- next to gambling -- his ripping the fans up and down the dank hallways of Wrigley was not a wise move.

But the verbal rampage did produce one of the best baseball quotes ever: 85% of the world works; the other 15% come out here!

Insinuating that Cubs fans attending day games at Wrigley Field are unemployed bums is hypocrisy at it's finest. Fittingly, Elia joined the jobless ranks shortly after getting fired later that season.

The ultimate attack, on the media -- literally; notice blood on the cheek of the reporter walking out of his office -- that was ever thrown down by a baseball manager came courtesy of McRae in 1993 after the Royals had lost to the Tigers, 5-3, on April 26.

When you don't use the greatest player in franchise history, George Brett -- it was his final season in the majors -- in a clutch, late-inning, pinch-hit situation with the bases loaded and leave light-hitting utility man Keith Miller in there instead, expect some second-guessing.

Miraculously, MacRae lasted one more season in KC. Brett however called it a career and was never needed in late inning pinch hitting situations in the strike shortened 1994 season.

It was simply the greatest he said-she said story ever chronicled in a big league locker room. The media played an integral role in this melee, as questioning a manager's decision is never a good idea, even after a victory.

Reporters asked Piniella why Dibble wasn't used in a late-inning situation. Piniella claimed he had a bum shoulder and wasn't available.

When reporters told Dibble what Piniella said, the fireballing reliever flat-out claimed his manager was a liar. Well, Sweet Lou heard every vile word coming out of the Nasty Boy's mouth.

The video speaks for itself, much as Dibble and Piniella did during their playing days.