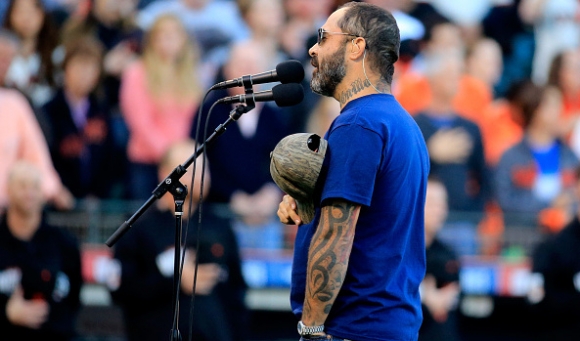 It was a cold September before the Indian Summer

When you reside year-round in the Pacific Northwest, you learn to cherish every ray of sunshine and mercury reading above 60º F.

September through mid-October presents some of the best opportunities to enjoy the Great Outdoors, and that doesn’t just include Sunday’s at Century Link Field.

Another thing this October proved, like so many autumnal seasons before, is that the crème doesn’t always rise to the top. Once the playoff matchups were set, anything other than an Angels-Dodgers World Series would be just plain silly, bordering on libel and slander of Orange County’s pristine reputation.

That’s where the bagmen and coat-tuggers come into play, because if you thought the studs would win, place, or show, the 2014 Fall Classic slapped your stash. It featured two teams with the lowest combined win total in World Series history. How’s that for a lay bet? You may as well go with a roughie, because what difference does it make?

What this post-season really demonstrated to baseball fans is they should expect the unexpected, be open to change, and if they live on the East Coast, they'd be up until midnight for the last pitch, which is irritatingly similar to last call at that hour.

For the teams that fell short, shame on you!  All season long, you teased your fans and gave the impression that they were destined for a more long term, meaningful relationship, just like the girl you took to senior prom. Well, life happens, and if you're fortunate, you won't end up in Kenny Blankenship's most painful eliminations of the day.

For most post-season Snark teams, death came quick and painless. For others, it was like getting put into an Iron Maiden.

1.      Pittsburgh Pirates – If you believe in moral victories, then the Pirates get a big W for losing to the World Series champion San Francisco Giants in the Wild Card game, 8-0, at PNC Park. Giants SP Madison Bumgarner flaunted his post-season prowess by throwing a complete game shutout while striking out 10 Buccos hitters and scattering just four hits. Another moral victory for Pittsburgh. They can say they lost to the greatest post-season pitcher in the new millennium. A grand slam by Giants SS Brandon Crawford proved to be enough run support for MadBum. A solo shot would’ve been enough run support.

2.      Oakland Athletics – For a team that made the playoffs on the last day of the regular season -- and made some bold moves at the trade deadline -- a lot more was expected than a one-&-done showing in October. At least they, too, lost to a World Series team, as the Kansas City Royals prevailed in extras, 9-8. Five RBIs from Brandon Moss weren’t enough for Oakland to advance. Maybe next year. Again.

3.      Los Angeles Angels of Anaheim – Great expectations were too much to shoulder for the Halos, as the Rally Monkey lost his mojo against the Royals in the Division Series. Eric Hosmer and Mike Moustakas became October legends, and closer Greg Holland saved the first two games. Although he finished Game 3, an 8-3 lead is not considered a save situation; otherwise, Holland would’ve been 3-3 in saves. For the Angels, it’s another off-season of disappointment and increased scrutiny, as their high-priced talent needs to start performing or it’s off to the unemployment line for kajillionaires. I think it forms in Monaco. Albert Pujols and Mike Trout each hit solo home runs in Game 3, which were insignificant gestures at that point. CJ Wilson lasted only two-thirds of an inning, dropping his playoff record to a whopping 1-6 all-time. That's what $16million buys you these days?

4.      Detroit Tigers – It was not a pretty showing for the American League powerhouses, since the Tigers were also swept in the Division Series by the Baltimore Orioles. Heck, if the Reds, Yankees, and Phillies made the playoffs, it would’ve been a true throwback to the 1970s, where bellbottoms and disco were king. Ah, those were simpler times, when only four teams made the playoffs and viewers weren’t forced to sit through awkward Viagra commercials. And do you think that Levitra guy threw the football through the tire swing on the first take? Nelson Cruz proved once again that he's the new Reggie Jackson of this era, single-handedly carrying his team on his shoulders and still only getting another qualifying offer for next season. The Tigers' trade-deadline acquisition of David Price didn't pay off in October as expected. Cubs fans can only hope Joe Maddon pays off in bigger ways, as the Rays continue to get cherry-picked by the big-market clubs. Detroit needs to address the bullpen in the off-season. I hear Joaquin Benoit might be available.

5.      Los Angeles Dodgers of Los Angeles – Everybody was expecting a Nationals-Dodgers NLCS matchup, as they were clearly the best teams in the senior circuit during the regular season. What’s remarkable about LA's loss to the Cardinals in the Division Series is ace Clayton Kershaw lost twice within a five-day period. When was the last time that happened? Oh, right. Last year's NLCS against the Cardinals. The Dodgers didn’t waste anytime after getting bounced by the Yankees of the National League hiring Rays GM Andrew Friedman to be VP of Baseball Operations. Manager Don Mattingly immediately got the vote of confidence, since the Joe Maddon situation unfolded rather quickly, with media speculating that Friedman would bring his manager out west. Mattingly lives to fight another day. Expect some turnover in the Dodgers roster. They have a plethora of quality OF’s and starting pitching. The Albuquerque Isotopes had some talent, too, in their last year as LA's AAA affiliate, so don’t be surprised if the Bums get younger and cheaper. Owner Magic Johnson ain’t getting younger and cheaper.

So we didn’t get the sexy World Series matchup that so many predicted, as the various stars weren't aligned for a Dodgers-Angels, Royals-Cardinals, A’s-Giants, Angels-Nationals, or Orioles-Nationals World Series. All would’ve all been tremendous matchups. Ratings in the greater Los Angeles area for an all-I-5 World Series would be off the charts, but chances are good fans at Chavez Ravine still wouldn’t find their seats until the fourth inning.

Congratulations to the San Francisco Giants for winning their third championship in less than five years. If history does in fact repeat itself, they'll miss the playoffs next year, and win another World Series title in 2016. I can’t think of a more important event that year.