Published on 4-Aug-2014 by Steve Soprano 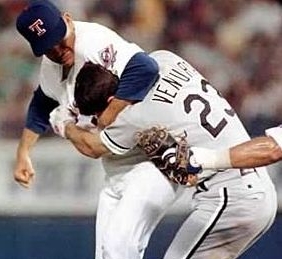 OK, I'm in a bit of a slump lately. But only liars claim to get them all right

I just do my bit to be more right than wrong.

So in this season of Major League Baseball, there's one sure fire way to bust out of a slump, and that's to bet against the Texas Rangers. They have the claim to shame of holding MLB's worst record at 43-68.

Bovada has today's Rangers opponent, the Chicago White Sox, at -150. So, my opinion is to get that play locked in quickly before the juice gets higher. Most books were below -150 just a matter of hours before this posting, and I don't often endorse a play that gets any higher than where the White Sox are now.

But, hey, I need a win, and betting against Texas is as good of a way to get one as any.  However, this isn't just  a play on a whim. Here's some information from the Bovada data tool found on our Home page to back it up: And I'm really  focus on these facts from the Bovada data tool's Preview section:

Get the picture? Anything not pertaining to an over/under in the above section is a fact depicting nothing but despair for a Texas team just three years removed from very nearly winning a World Series. And if you need a little larger sample size than anything seen above, how about the fact that the Rangers have lost 19 of their last 22 on the road?

Texas will send Nick Martinez to the mound, with a 1-7 record and an ERA of 5.08. Perhaps the most telling stat to me is the fact that the Rangers have lost his last eight starts in a row. To put that in perspective, the last time the Rangers won a game started by Martinez, the San Antonio Spurs had not yet polished off Oklahoma City in the NBA's Western Conference Finals. Yes, you must go all the way back to 29 May to find a Ranger win in a game started by Martinez.

Please don't be mistaken; this isn't an endorsement of Hector Noesi who opposes Martinez or of the White Sox in general. The Pale Hose are coming off a 16-3 loss to last-place Minnesota Sunday in Chicago. However, we need a winner. And unless the juice gets a little higher before I get to Bovada's online wagering window, it's time to go with the most reliable pick in the big leagues this season, and that's a pick against Texas. 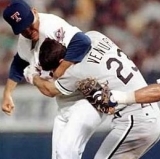 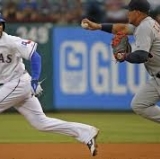