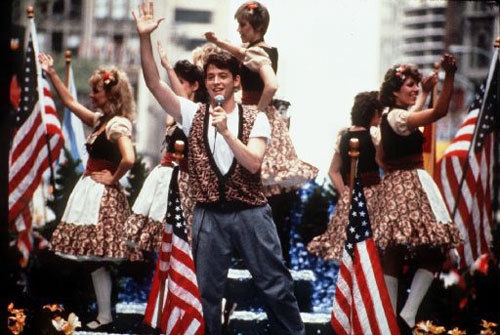 Shades of The Natural!

Actually, it may have been a real-life episode from the imagination of Walter Mitty.

New York Mets rookie righty Steven Matz made some serious history in his MLB debut at Citi Field on Sunday.

Rain had delayed his first start after being called up from AAA Las Vegas on Saturday, but as it turned out, he was ace-high after starting the second game of a double header on Sunday. Who would've guessed that the anemic Mets offense would come primarily from their rookie hurler?

Hell, Tony LaRussa would've been batting this kid in the six hole.

Steven Matz is the first pitcher in recorded history to go 3-3 with 4 RBIs in his MLB debut. This was no fluke; so far this season for Las Vegas, dude was batting .304 with a just-as-respectable 2.19 ERA. Actually, given some of the launching pads in the Pacific Coast League, that's damn impressive.

But not as impressive as his performance against the Reds.

Cincinnati's Josh Smith had no idea what he was igniting when intentionally walked the No 8 batter -- at .171, Eric Campbell is more of a batter than a hitter -- to get to Matz. So much for playing the percentages.

The Mets must've been happy to see a little more hitting production from their pitchers. Not to name any names ...

Aside from his spectacular hitting performance, Matz held the Reds to just two runs -- both solo homers -- in 7⅔ innings. A solid outing all around, if there ever was one.

Better yet, all this happened in front of his family, including grandad, who became a media sensation himself:

And yes, Matz looks like a doppelgänger for Matthew Broderick.

Fitting. His day called for a celebration that would've made Ferris Bueller proud.