Marlins Being Sold for $800Million Less than Clippers 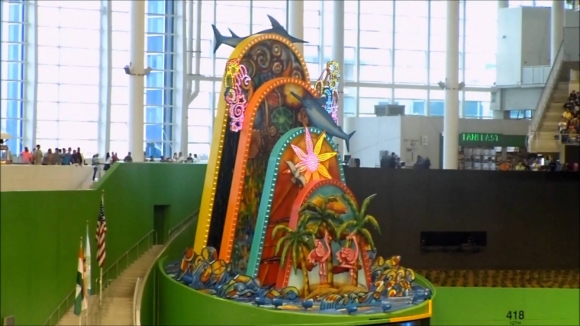 The most dreaded word in sports is potential.

However, that's what New York venture capitalist and kajillionaire Bruce Sherman sought in his investments.

And now that he's retired to Naples, Florida, he couldn't resist the urge to take one more shot at big potential, even though he's not the one getting all the headlines.

If nothing else, the pending new owners have bought into potential.

Then again, New York investor, kajillionaire, and almost Secretary of the Army Vince Viola bought into South Florida potential, too.

There are still hockey games when good seats can still be had for $7.

Incredibly, the price for all this market potential is $1.2billion.

That's 40% less than what the other hoops club in Los Angeles sold for.

There are no doubt bean counters somewhere who can make sense of this. One obvious factor is scarcity. Major pro franchises don't hit the market every day.

Could it be the premium each franchise received for getting rid of a villain?

There's still a place in hell reserved for these two ethically bankrupt jerks:

Frankly, Ballmer's investment only makes sense as it appreciates with age. It's still valued at $2billion.

There were other bids for the Marlins, which were valued at only $940million this past spring, and believe it or not, the sale price was bargained down from what Loria first demanded.

If a comparison to the Clips has any meaning, it's that Sherman, Jeter, et al just bought a hella lotta potential.

And hopefully, that tribute to LSD beyond the outfield wasn't part of the deal.