Published on 7-Jun-2020 by Alan Adamsson 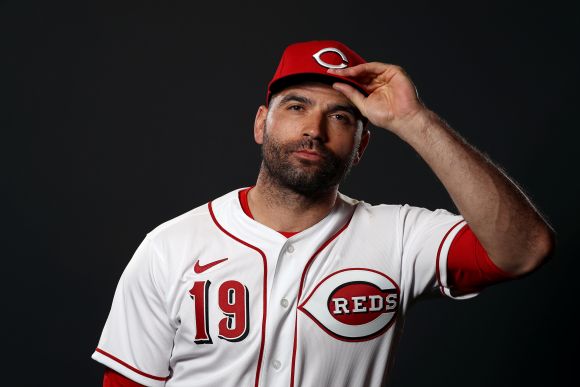 There are times in life when individuals find it within themselves to just do something, no matter how detached from an issue they are or think they are.

What's happening in the USA and elsewhere right now is one of them.

Being real, the compulsions that're gonna make a difference are from those who are struggling with their cognitive dissonance of it all.

Kinda like what came over Cincinnati slugger Joey Votto.

Dude holds strong to his opinions, like the Reds being the club that drafted him and accepting his demand for a no-trade clause that he expects to honor for the duration of his career.

Given where Cincinnati's been seemingly forever, that's how rock-solid Votto holds his views.

Votto freely admits that headlines about another black dude dying in police custody was just another item to skim over until a black teammate -- and being real, they're rare in baseball anymore -- insisted that he take a harder look at this one.

And the resultant cognitive dissonance drove him to reconcile it.

That is meaningful change.

Adam Wainwright is a team leader for the St Louis Cardinals and is well-known for his community involvement. He reached out to teammate Dexter Fowler, expressing his now-broader awareness:

@DexterFowler powerful words here had a big affect me and my family. Here's something my fellow white people need to know. I reached out to tell him that I was sure he didn't need my affirmation but just wanted him to know he was awesome and making a difference. His response: https://t.co/q058gWlciV

A good number of players stepped up to post their support for #BlackLivesMatter. Clearly, many of them were already on board.

However, for Votto to do the mainstream thing and go woke for all to see -- not just social media followers -- is a major-league commitment of expression.

That group will include a host of citizens who could well benefit from the experience of a fellow human -- not just a ballplayer -- who took a hard look at what to them, too, might just have been another commonplace headline.

Maybe they, too, will come to realize there should be nothing common about it.

It damn well better be.