Is the Mets' Series Split Their Version of a San Francisco Treat? 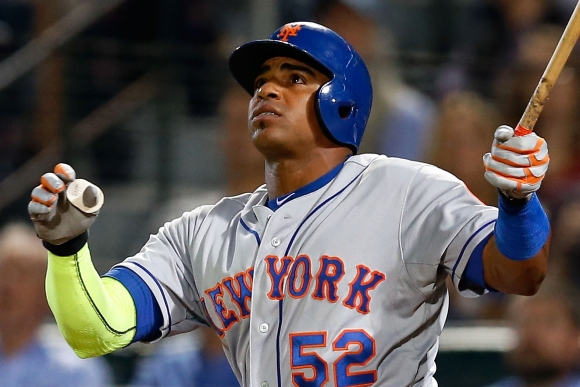 The New York Mets didn't gain any ground on the National League's Wild Card leaders this weekend, but given the situation, they'll take it.

After dropping the first two of a four-game series in San Francisco, picking up the last pair saved them from a full October of tee times.

As it is, their golf carts are still at the ready. Dudes still have work to do:

The Metropolitans probably rue the day they decided against signing Daniel Murphy, who walked away to the rival Washington Nationals and leads them in virtually every category.

The Nationals also lead the Mets by 11½ games in the NL East, so making up ground in the wild card race is their only hope for returning to the playoffs.

After taking a breather -- and a private jet -- today, manager Terry Collins' crew starts a vital three-game set in St Louis on Tuesday. Then, it's back home, where they'd better make hay against the Phillies before hosting the Miami Marlins for four.

New York's pitching took a hit when Matt Harvey was lost for the season, but he was 4-10 and struggling.

The rest of the staff has been good but not great, and if it wasn't for senior citizen Bartolo Colón, dudes wouldn't even be in the wild card hunt.

Yoenis Céspedes and Asdrúbal Cabrera have returned from the disabled list. Their presence was noted early in the Giants series, and in the final two victories, Céspedes exploded with two dingers in Game 3 and another for Game 4's only runs.

With Giancarlo Stanton done for the season, it's gonna be tough for the rest of Miami's lineup to make up for his lost production.

The Mets' schedule is favorable down the stretch:

This club knows miracles. Those became part of the legacy in 1969.

This year's edition has its characters and clutch performers, so if there are any more in their karma, this would be a good season to roll them out.