Granderson Vital to the Mets' Makeover 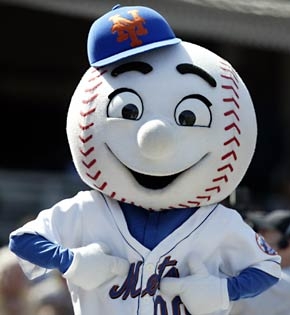 Just as Mets fans were on the brink of giving up on believing in their team's front office, the Mets finally took the off-season to heart in December and a rabbit out of the hat.

Former Detroit Tiger and cross-town rival New York Yankee Curtis Granderson signed with the "Amazins from Queens." His contract was in the amount of $60million over four years. Not too shabby, considering the speedy outfielder is likely past his prime.

What the Mets saw in Granderson isn't just purely on-field material, but also a leader who immediately helps boost the lineup without even stepping into the batter's box. His charismatic personality and  quiet confidence make him a perfect fit for a Mets team that hasn't been able to perfect its chemistry correctly over the last few years.

More importantly, Granderson brings an offensive threat to the lineup. He's a true power hitter, which has been one of NYM's most glaring weaknesses for quite some time. Hitting the most home runs in the league won't guarantee a playoff berth per se, but it will certainly allow for more on-base and scoring opportunities.

Granderson also has a knack for the game. He doesn't just swing for the fences every time he's up. Depending on the situation, he analyzes what the right move should be, and many times that may include hitting into a productive out. Plus, Granderson's speed in the outfield will only add to the projected fleetness of the entire Mets outfield in 2014.

Acquiring Curtis Granderson was definitely a statement to Mets fans and other teams that they aren't messing around anymore after so many losing seasons in recent memory. If the bulk of the key players such as David Wright, Jon Niese and Vic Black stay healthy, and other new additions Chris Young and ageless Bartolo Colón pan out, the Mets may actually make things interesting in the NL East.

GM Sandy Alderson may not be done yet. Stephen Drew is still out there, and shortstop is still one of the roster positions that needs bolstering.

One other addition has been announced, and this one's a familiar face. Mr Met will adorn some of the club's uniforms in 2014. Apparently, someone in marketing figured an action figure might be a more productive merchandising vehicle than the familiar skyline logo of the New York Metropolitan Baseball Club. Perhaps, but if that department really wants to make some serious cash, it should offer the fans a Bernie Madoff voodoo doll. After all, it was his siphoning of the owners' dosh that hindered the team's payroll possibilities in the first place.

Hopefully for the Mets faithful, Granderson's addition is a sign that the worst is now in the rear view mirror.