Giants Diary: A Case of the Blues 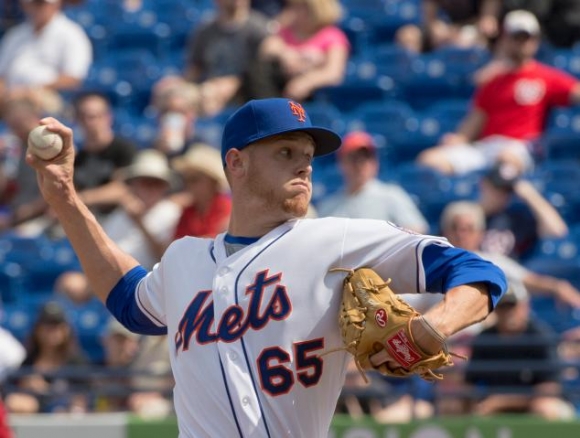 As the San Francisco Giants limp into the All-Star Break with their worst record in years, fans’ fears are turning into tears.

Fans can only hope that these tears for fears about the Orange and Black’s standings being in arrears all but clears after the break.

At least the Giants were able to help the Mets out. New Yorkers know that they sure do need it.

The rest of the NL West mostly seems to be in much the same predicament as the Giants. Namely, on-again, off-again spurts of solid play followed by losing streaks of their own, albeit not quite as pronounced as San Francisco’s current faults. As Bruce Bochy is fond of saying, the Giants -- and their fans -- “are being tested.”

All outward signs would appear to indicate that they are failing, and flailing, royally.

So, as bad as things are for the World Series Champs -- a title phrase that G-fans will like to repeat while they still can -- it’s still too early to throw in the towel, especially with the blockbuster additions of Jeff Francoeur and that guy from Dances with Wolves. Now Bochy finally has some options. He’ll be tinkering with Tanaka at various positions in the field and in the lineup and hoping Francoeur can again be a Frankenstein. That may actually help the Giants tinkle, tinkle offense until GM Brian Sabean can work his magic before the trade deadline.

With their butts convincingly kicked by the Mets, Giants fans are lamenting what might have been had they not traded Wheeler for that sad Zack. Not one of Sabean’s signature trades. Giants fans are making a concerted effort to refrain from blaming Sabean for not studying his Powerball. But as the sayings go, there is still plenty of baseball yet remaining, and it ain’t over ‘til the Giants are mathematically eliminated, in what, twenty more games?