Published on 9-Aug-2013 by Stacey Mickles 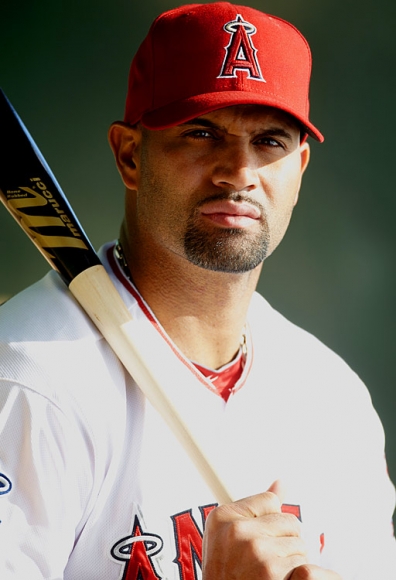 The outspoken Clark claimed former Cardinals first baseman Albert Pujols, now with the Anaheim Angels, was 'roiding his way to amazing accomplishments while in St Louis. He said his source was Pujols' trainer, who told him that Pujols once took steroids.

"I know for a fact he was," Clark said. "The trainer that worked with him, threw him batting practice from Kansas City, that worked him out every day, basically told me that's what he did."

Chris Mihlfeld, who was Pujols' trainer, denies the allegations.

"I haven't even talked to Jack Clark in close to 10 years. His statements are simply not true. I have known Albert Pujols since he was 18 years old, and he would never use illegal drugs in any way. I would bet my life on it and probably drop dead on the spot if I found out he has. As before, once again both Albert and myself have been accused of doing something we didn't do."

Just know that in the past, Mihlfeld has been linked to players who have taken PEDs -- such as Jason Grimsley -- and despite that, he denies what Clark had to say. But Clark wouldn't back down from his accusations.

"He just told me that he wanted me to get started on steroids and he had some other guys that were doing it."

It's interesting that Clark would bring this up now that Pujols is with another team and no longer with the Cardinals.

I guess as long as Pujols was playing for the Cardinals, it didn't matter to Clark, but since he is no longer with the team, Clark felt the need to rat him out.

Funny how that happens.