Does Anybody Want to Win the NL Wildcards? 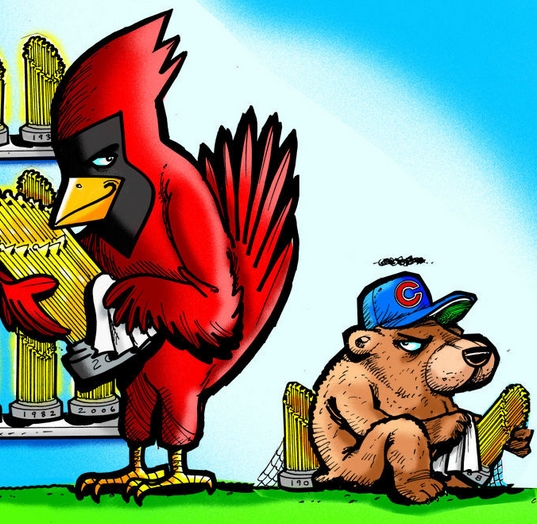 The dog days of August are drawing to a conclusion.

Labor Day is just around the corner, and the weather is about to get a lot colder.

However, there is a bit of good news around this time of year.

The marathon that is the baseball season is about to morph into an all-out sprint for the playoffs.

The issue this season in the National League is two of the divisional races are basically over:

The least surprising divisional non-race is in the NL Central, where the team with the best record in baseball -- your Chicago Cubbies -- have a double-digit lead over the perennially contending St Louis Cardinals.

The more surprising blowout is in the NL East, where the 2015 all-disappoint team -- aka the Washington Nationals -- have a cushy lead over the rest of the field.

The only interesting division is in the Wild Wild West, where the Clayton Kershaw-less Los Angeles Dodgers somehow have a lead over the even-year San Francisco Giants.

One would think that with two division titles all but locked up, the other goodish NL teams would fight their hardest for these spots.

However, it seems that whomever bungles the least will get a few extra October games.

For a team who had the best record at the All-Star break, the the Giants have backpedaled into the worst record since then. Part of that is due to a recurring theme here: injuries.

Saying the St Louis Cardinals have performed comparatively well of late is damning with faint praise.

They've got a one-game cushion on the next closest team, but that isn’t any reason to celebrate. The NL’s team home run leaders have injuries enough, too, with the list including:

The first team out is the upstart Miami Marlins.

The Fish of South Beach have been able to hold their own this season, but Don Mattingly’s squad has to date been unable to break into a postseason slot.

This isn’t going to get any easier, now that the team will be without slugger Giancarlo Stanton for the rest of the season, as well as losing ace José Fernández to the 15-day DL.

The second team out is a surprising one: the Pittsburgh Pirates.

In terms of recent history, the Buccos are no stranger to the Wild Card game, as they've played in it for the past three years. However, this season didn’t seem as though it was playing out for them, so they dumped and admittedly struggling Francisco Liriano at the trade deadline.

And yet, the Pirates have somehow managed to stay in the race. Maybe they can fight their way back into the play-in game and avenge last season’s loss.

The team bringing up the rear in the playoff hunt is the 2015 NL Champion New York Mets.

They've had numerous things go wrong this season, including -- what else? -- injuries galore to key players this season. That's led to their being close to the worst team in MLB history in terms of hitting with runners in scoring position.

The former NL Champs refuse to give up, though. They've managed to keep above .500 heading into September.

As much as these clubss seem to be faltering their way to the finish, two of them will have to win this thing.

Which two will be what makes the headlines from here on out.

There's a possible bright spot, though:

Whichever team wins the Wild Card game will have to square off against the Cubs. There's always the hope that, somehow, the burden of Cubness will still be lurking in the shadows.