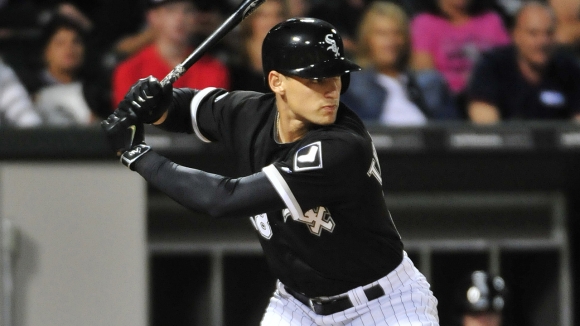 And this one has a pedigree.

However, Trayce Thompson's time to shine may be a season or two away if all goes well.

But his DNA made for an amusing sideshow as the dismantling of Cincinnati's Reds continued.

The Reds are baseball's oldest professional team, dating back to 1869, when Civil War hero Ulysses S Grant was ensconced in the White House and batters could tell pitchers where they wanted the ball delivered.

Teams won't be so accommodating in 2016.

The way the Cubs are loading up, the Chicago Way may look just like that when the Reds play them.

Down on the South Side, Frazier's addition to a club thought to be a favorite last season may make that prediction come true a year later.

But White Sox fans have been hit in the back of the head with a 2x4 enough times recently that they see anything through a half-empty glass:

Meanwhile, the big-spending Dodgers might be sitting pretty with low-budget talent. Thompson, for one, looks like the real deal:

While big brother Klay is getting kudos in NorCal, Trayce looks like he'll have a shot at the spotlight himself in the very town where his dad helped make Showtime the hottest ticket in SoCal.