Cliff Lee on the Move Again? 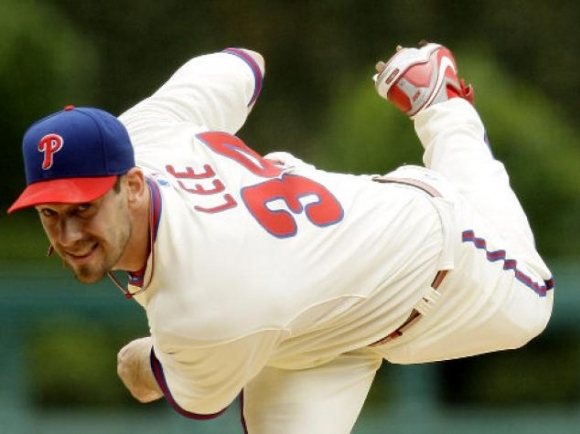 How is it that Cliff Lee can be that talented -- that valuable to a rotation -- and still wind up in trade after trade?

Sources say it could be a real possibility yet again as the underperforming Phillies may be looking to dump their star pitcher in return for some fresh talent.

At 28-30, the Phils aren’t entirely out of the woods in the NL East; it’s just June, after all. Every team has a fighting chance (except for the Marlins; sorry it just isn’t happening this year). However, what if they keep underperforming and falling in the standings and end up in the double digits in the Games Behind column? The Braves have been hot, but if they slip up mid-season, the Phillies have a chance. If not, then Lee could be packing his bags.

That opens up a big question: Who will get Lee?

There are plenty of teams who would love to have him propel them to a pennant title, and three of them are locked in a hot race in the AL East. Should Lee go to the Red Sox, they would morph -- on paper, at least -- from good to downright unbeatable. However, should he go to New York or Baltimore, then suddenly the last few months of the season will become very interesting.

Lee seems to think that he will be headed out by the trade deadline, and for a guy who is counting on being traded, he seems pretty relaxed about the subject. When asked if he thought he’d be dealt, Lee’s response was quick and to the point.

“Yeah, pretty much,” Lee said. “Nothing I can do about it, so I’m not going to get too caught up in it.”

That may be the first clue he hails from small-town Arkansas and, with this perspective, one city looks like any other. And Dallas or Houston are included in that generalization. When one can travel by private jet, most distances become irrelevant.

Now as far as speculation goes, I’m willing to bet that Lee will go to the Orioles. Lee needs to give permission to all but 20 teams, and the Yankees, Sox, and Orioles are all in that group. The Yankees already walked around the block with Lee, and he refused their offer (there is a sense of decency in baseball!), and the Sox don’t have much in the way of prospects to deal. The Orioles have plenty of pieces to deal, making them an attractive option for both Lee and the Phillies.

Or he could pull a wild card move and go to the Padres. But they just have pieces.

The hard fact is the Phils should have been making this the first of many moves last season, when the writing on the wall became carvings in stone. Toronto would have been a great fit for Lee. This year, not so much.

So, Baltimore, break out the sales pitch and see what you can do. You're up.