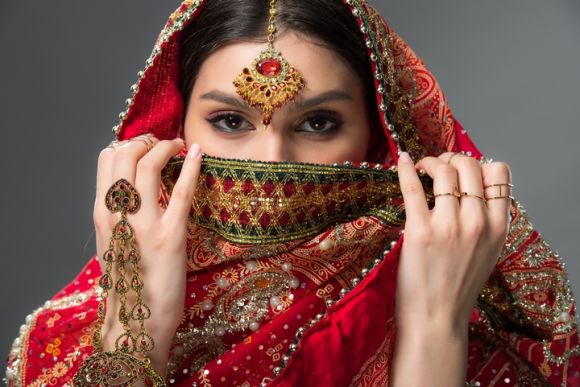 If there's one thing the baseball community should have figured out by now, it's that Cleveland likes to name its team after people.

And therein lies the irony.

It may be the thought that counts, but it's the caricature that endured.

Sockalexis was arguably the first minority to play in the majors, a half-century before Jackie Robinson. Dude also put up with the racist catcalls and paved the way for other Native Americans like Chief Bender and Jim Thorpe to sign with clubs.

So full marks to him for his inspirational role, but leave it to misguided European-heritage dudes to screw it up.

Starting with Christopher Columbus. To his dying day, he thought he landed in India.

Instead, naming honors went to Italian explorer Amerigo Vespucci who finally put it all together.

Unfortunately, correcting Columbus' original error by also renaming the locals as Americans got lost in what was by then a European habit of calling them something they never were.

Which could lead to a simple solution for Cleveland if the team is serious about a name change.

That means the total wrongness of Indians goes back a hella lot longer than Cleveland baseball.

So maybe the club oughta revert back to a color, animal, or something inanimate. This obviously calls for more fun suggestions from anyone who can reach a keyboard.

The rush has already begun:

Cleveland Guardians? (Designed this project almost a year ago, just in case this day ever came) @Indians hmu and let’s talk. pic.twitter.com/7FHzwFempb

Not only does Cleveland feature the Rock-&-Roll Hall of Fame, it also hosts that stoically silent legion known as Guardians of Traffic.

As well, it features pests that made a name for themselves in the city's baseball lore:

Not to mention being the hosts for one of the best sporting scenes that ever came outta Hollywood:

And for those so inclined: Ladies and gentlemen, start your wallets!

Odds to be the new name of Cleveland's MLB team (BetOnline):

Forget Buckeyes. A play on that one is a sure contribution to some bookie's kid's college fund. That brand's too strongly entrenched for Cleveland to slide in on the action. They'd be overwhelmed. Besides, they'd never make it to the Rose Bowl, which still counts for something in Ohio.

Among the favorites, then, this leaves the Spiders.

It's got a shot at being cooler than Kraken.

Considering Cleveland's one of the USA's few cities to clean up a river that once caught fire, that's relevant.

Here's the thing, though:

Yes, it was another time with other trends and social mores, but Spiders wasn't too popular with the local fans.

Dudes were terrible. Beyond terrible, really. In fact, the 1899 Spiders compiled the worst record in MLB history, with a record that not even the '62 Mets could underperform:

Believe it or not, the Spiders were where Cy Young started, but dude wasn't there in '99.

By then, their owner had bought a second NL team -- later to become the St Louis Cardinals -- shifting Young and the club's other top players to that squad.

The remaining Spiders were so bad and the local fans were so hostile to their incompetence, the team was forced to play the season's second half on the road for their own safety.

Not a warm and fuzzy memory in the annals of Cleveland baseball.

However, over a century later, have those times changed enough for a comeback?

Hope the Indians go back to the Cleveland Spiders. Could keep same color scheme and even the block C pic.twitter.com/L9iWXO8kEe

It says here that Spiders should get a shot a redemption.

Then again, doing the Bollywood thing with a simple logo change wouldn't be all that bad.

At least, most of the protests would be half a world away, Columbus be damned.

That latter sentiment's what right-thinking Vikings mighta believed, anyway. They figured out where they landed and who was who five centuries before he did.

But Europeans didn't give their own pagans any credit back then, either.